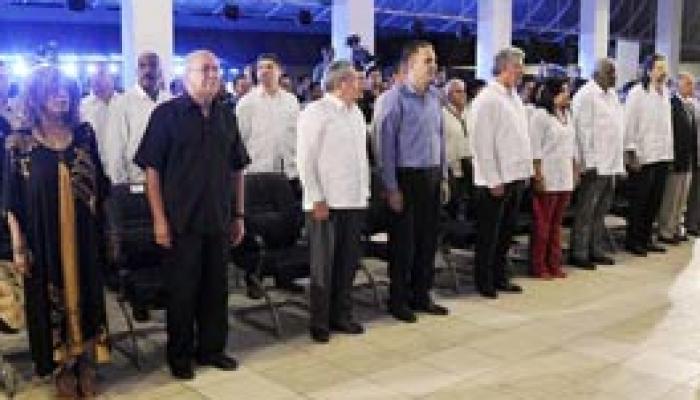 Havana, 19 October (RHC).-Cuban President Raúl Castro attended on Friday celebrations for the 27th Anniversary of the Hermanos Saíz Artists' Association, which gathers over 2000 young artists and writers in the country.

The Cuban President was accompanied by First Vice-president Miguel Díaz Canel and the president of Cuban Parliament  Esteban Lazo.

The Hermanos Saiz Association was named after two artists and brothes who  were murdered by Dictator Fulgencio Batista's Secret Police in western Pinar del Rio province after being tortured during the national uprising against the US backed brutal regime overthrown in 1959 by the Cuban Revolution.

The occasion served to hand the award "Teacher of Youths" to relevant personalities of the world of culture for their outstanding work in the training and education of young Cuban writers and artists.