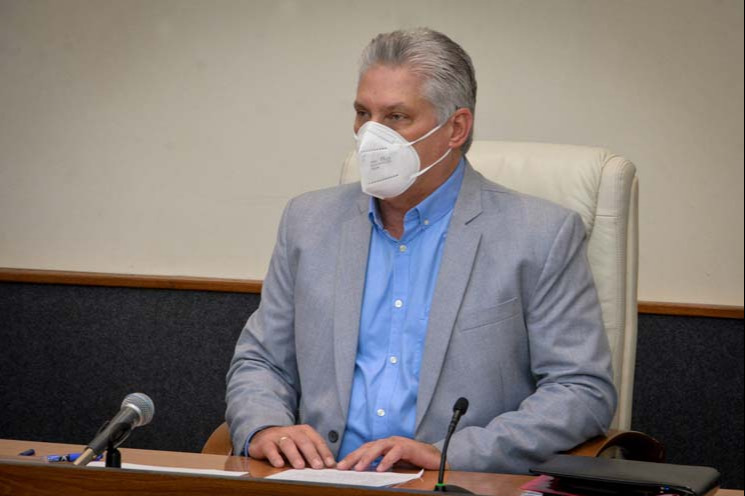 On Twitter,  the dignitary referred to the alert issued by Cuban scientists and doctors on the matter.

In another tweet, he recalled that Cuba has been immunizing for months with vaccines created by Cuban laboratories with national technology.

In his recent speech at the closing of the Eighth Ordinary Session of the National Assembly of People's Power, Díaz-Canel also emphasized the importance of maintaining strong epidemiological surveillance measures and care for convalescents.

Also, he said that it would be necessary to close the vaccination schedules and continue with the booster doses while researchers evaluate when to reapply them.

"In a few days, we will be arriving at the 63rd anniversary of the Revolution. The airs of celebration are already blowing, and it is fair and necessary that we celebrate having overcome a tremendous year, but let's not forget for a moment the lessons learned from the most challenging period of the 365 days that are ending.

"We are all summoned to make sustainable in time the results in the containment of COVID-19, which have arisen so much hope among the people due to the recovery signs," the head of state told the lawmakers gathered at Havana's Convention Palace.