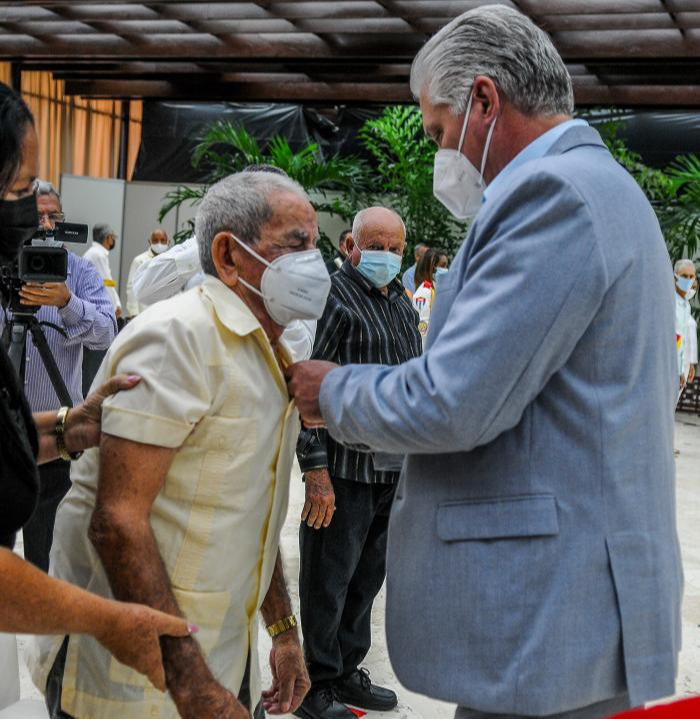 Havana, May 12 (RHC)-- Cuban President Miguel Díaz-Canel headed on Thursday the ceremony to decorate workers of the National Association of Small Farmers (ANAP).

According to a television report, the entity's leadership awarded the honorary title of Hero of Labor to Félix Baldío Fumero, associated with a grassroots organization in the central province of Ciego de Avila.

ANAP, which celebrates its 61st anniversary, also honored five workers with more than 30 years in the union with the May 17 Order.

Recently, the president of the Association, Rafael Santiesteban, noted that the day for the 61st anniversary will be held until next May 17, the date on which the country also celebrates 63 years of the first Agrarian Reform Law.