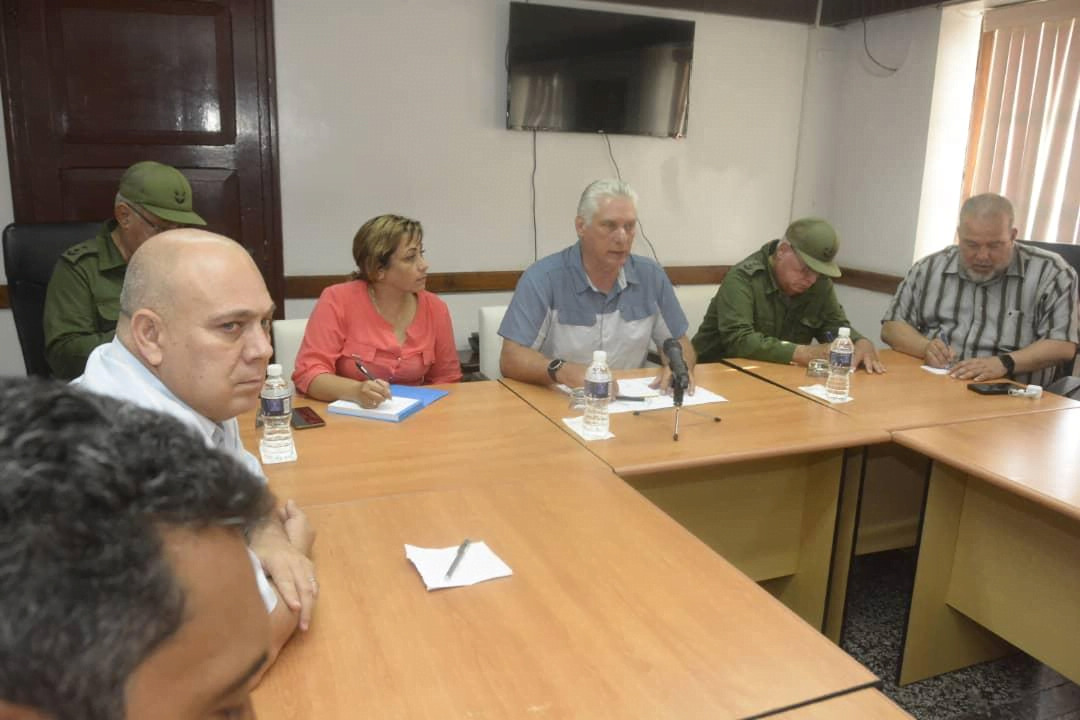 Matanzas, August  6 (RHC)--  Cuban President Miguel Diaz-Canel said that the fire in fuel tanks in Matanzas would take some time to be extinguished, and there is already a strategy for recovery.

In a message on Twitter, the President assured that instructions had been given and they were working hard and in challenging conditions and added that it is vital to maintain constant information to the people with serenity.

Díaz-Canel added that he visited the injured, met with the province authorities, and stressed that it was urgent to find the firefighters missing in the explosion and attend to their families.

The situation is difficult, but we will also get out of this one, he said in his message.

The incident occurred last night when an electrical discharge during a storm hit the 52nd crude oil storage tank of the Matanzas Supertanker Base.

Despite the efforts in the early morning, new explosions occurred at the site due to the extension of the calls to a second fuel storage tank, resulting in injuries, including members of a press team.

So far, authorities have confirmed 67 injured and 17 missings, while actions continue to prevent the spread of the flames in the city's industrial area.

More than 800 people have been evacuated to other places while the country announced that it would request help from other friendly nations with experience in dealing with this type of disaster.

Several users on social networks sighted smoke from the fire in localities north of Havana, which was confirmed by the Institute of Meteorology, which explained that it was the result of northeast winds.