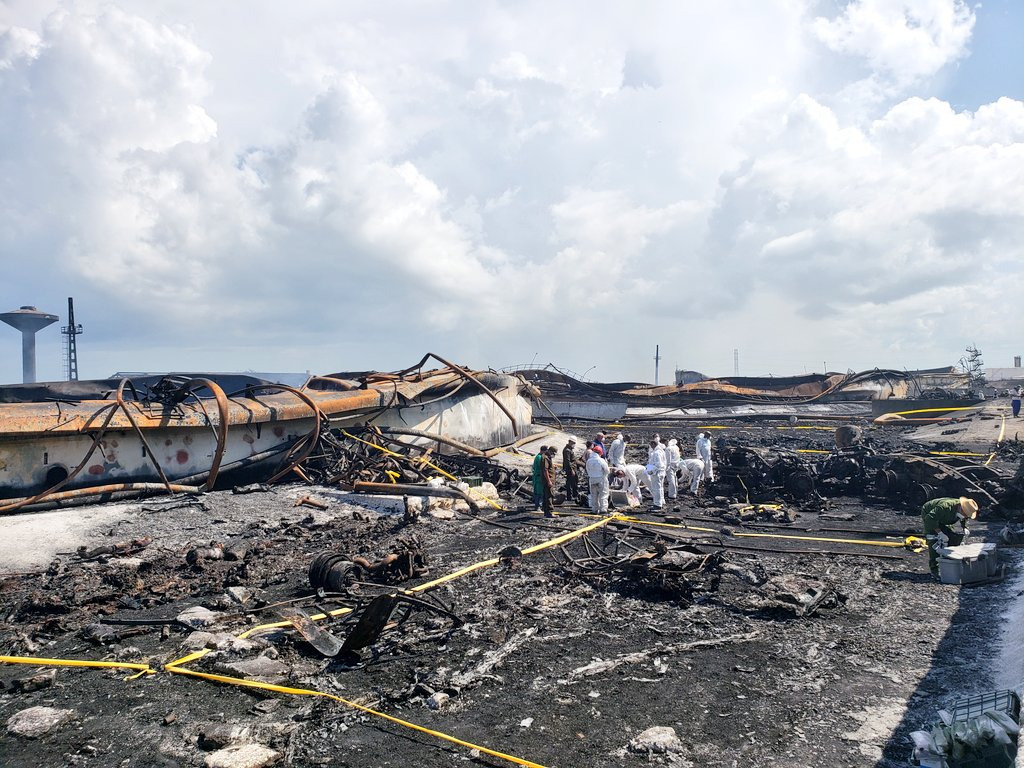 Havana, August 12 (RHC)-- Cuban experts on Friday found the remains of four fire victims at the Matanzas Supertanker Base, according to a meeting headed by the first secretary of the Communist Party of Cuba and president of the Republic, Miguel Díaz-Canel.

The Minister of Public Health, José Ángel Portal, said that the search began Friday with seven teams of Forensic Medicine and other specialties, who intervened in two of the four quadrants defined for the task.

The work groups started their work minutes after the fire was declared extinct.

According to official information, up to the moment of finding these four victims, two firefighters had died, and 14 other people were missing.

The second chief of the Extinction Department of the Cuban Fire Brigade, Alexander Ávalos, said at the meeting that, nevertheless, total vigilance is being maintained over the place, due to the possibility of new outbreaks, because of the spilled fuel and the high temperatures.

The meeting included the analysis of the country's electricity generation situation, which is currently characterized by a deficit of around 835 megawatts. However, the 'Antonio Guiteras thermoelectric plant synchronization process in Matanzas is expected to begin.

In this regard, President Díaz-Canel pointed out the need to ensure the water supply and the staggering work in the island's maintenance and input cycles of power generators.

For his part, the governor of Matanzas, Mario Sabines, thanked for the support and solidarity received and pointed out that more than a hundred donations and around 830,000 pesos were sent by different means..