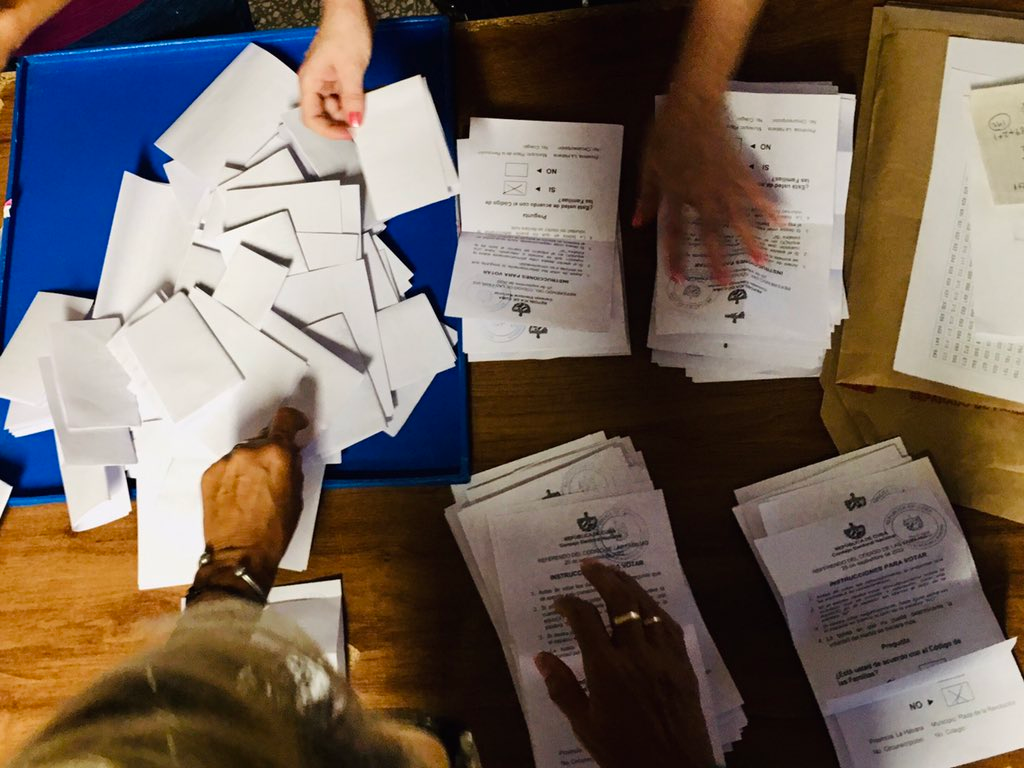 Ballot counting in Cuba is a public act.

After the voting, the members of the polling stations proceeded to open the ballot boxes to count the ballots, a public process on the island.

The National Electoral Council decided to extend for one more hour the operation of the polling stations in the western and central territories of the island due to the impact of the rains associated with tropical storm Ian.

Council secretary María Esther Bacallao told the press that the decision was applied to the provinces of Havana, Ciego de Avila, Holguín, Santiago de Cuba, Guantánamo, and the special municipality of the Isle of Youth. Also included are circumscriptions of some municipalities of the provinces of Matanzas and Camagüey.

Bacallao explained that the territories that were not included in this decision closed the voting at 18:00, local time, as established by law, and proceeded to the public ballot counting.

Before being submitted to the referendum, the Family Code was widely debated in popular consultations and the National Assembly of People's Power sessions.

The legislation will be effective if it reaches 50 percent plus one of the valid votes cast.