Solidarity meeting with Cuba in Bolivia will honor Che 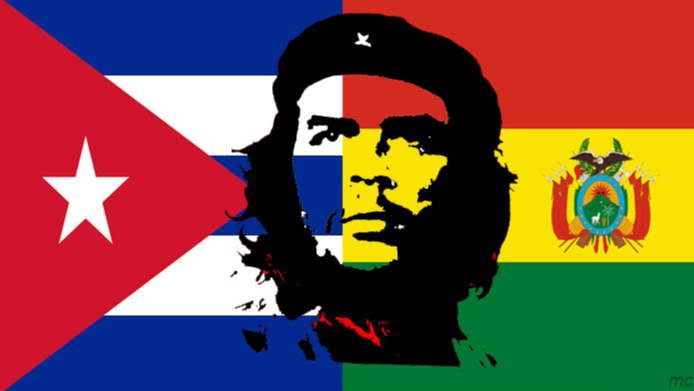 La Paz, Sept 26 (RHC) The 55th anniversary of Commandant Ernesto Che Guevara's presence in Bolivia will be commemorated with a National Meeting of the Movement of Solidarity with Cuba, which will begin on Oct. 7 and run through Oct. 9, an official source confirmed.

" Jorge Barrón, the coordinator of the Movement of Solidarity with Cuba in la Paz said that the meeting in Valle Grande on October 8 has special importance on the eve of the voting of a resolution in the United Nations on the need to eliminate the economic, commercial, and financial blockade of the United States against that brother country.

In statements to Prensa Latina, the activist assured that this forum marks a very important moment for Bolivians as it occurs after a hard experience such as the coup d'état of November 2019 and, subsequently, the recovery of democracy with the electoral triumph of President Luis Arce.

"That was possible thanks to the struggle of the social sectors and the people in general, who vindicated the legacy of Commander Ernesto Che Guevara and now put back into practice the terms of internationalist solidarity, the struggle against injustice and to build a better society for all," he said.

Barrón considered that the already consolidated groups in Cochabamba, Santa Cruz, and La Paz will now be joined by the ones recently created in Oruro and Sucre, which is expected to be a fruitful exchange of experiences that will strengthen solidarity work.

About the program, he highlighted that before and after the meeting, events of political, social, and cultural relevance will take place, such as the Peoples' Gratitude to the Cuban Medical Brigade, which in November 2019 left due to the aggressiveness of the coup sectors.

There will also occur a special session of the Honorable Municipal Council of Valle Grande and the Alternative Social Meeting Women Present in History, in homage to Tania the Guerrilla.

On the 8th, the Che Guevara Cultural Center will stage a play by the group Los Cumpas, and a moment of special relevance will be the presentation of the book El Che ministro. Testimony of a Collaborator, by its author, Tirso W. Sáenz.

On Sunday 9, the participants in the solidarity meeting will move to the area of La Higuera, Pucará, where the central act in homage to Che Guevara and his comrades of the internationalist guerrilla will take place. (Source: PL/Jorge Petinaud)