Colombians in solidarity with Cuba thank the government for its response 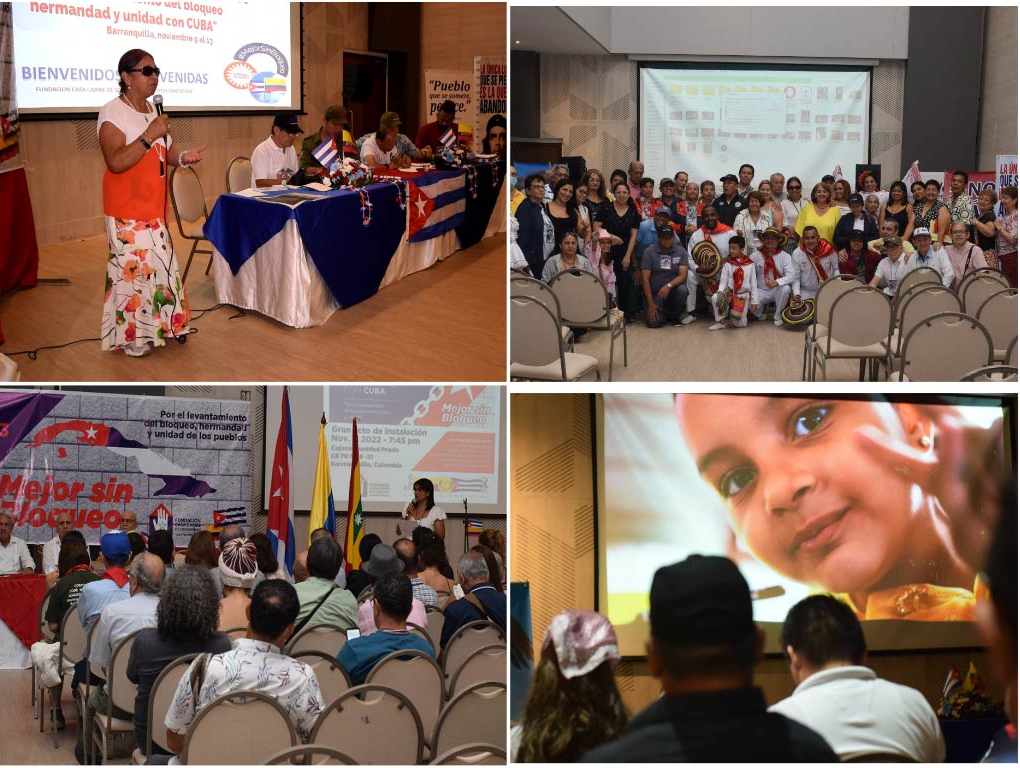 The Colombian Movement of Solidarity with Cuba expressed its gratitude for the response of the government to its request to vote at the UN against the U.S. blockade of Cuba

Bogota, Nov 17 (RHC) On Thursday, the Colombian Movement of Solidarity with Cuba (MCSC) expressed its gratitude for the response of Gustavo Petro's government to its request to vote at the UN against the U.S. blockade of Cuba.

Last October 26, the Colombian Movement of Solidarity with Cuba asked the head of state that Colombia vote in favor of the resolution presented at the United Nations General Assembly against the economic, financial, and commercial blockade imposed by the government of the United States on our country for more than 60 years.

In the letter, the solidarity community emphasized that this is the longest blockade in the history of mankind and is the highest expression of a cruel and inhuman policy, lacking in legality and legitimacy, and deliberately designed to provoke hunger, disease, and despair among the Cuban population.

This Thursday the organization, which recently held its XXXI National Meeting in the city of Barranquilla, showed the government's response letters.

"Dear Sirs: We have received the communication sent to the President of the Republic, in which you request an affirmative vote on the next resolution of the United Nations General Assembly, which will once again censure the unjust, cruel and illegal economic, commercial and financial blockade of the United States against the Republic of Cuba".

It adds that "In accordance with the provisions of Article 21 of Law 1437 of 2011 "Whereby the Code of Administrative Procedure and Administrative Disputes is issued", as amended by Law 1755 of 2015, it has been transferred to the Ministry of Foreign Affairs, for its consideration and relevant purposes."

Indeed, on the 3rd of this month, Colombia voted in favor of the resolution on the need to put an end to the U.S. blockade of Cuba.

Thus, this South American country reversed the position of the previous government which abstained from condemning this unilateral U.S. policy. A policy that directly affects the Cuban people by limiting their access to food, technology, medicines, and financial services, among others.

The MCSC also expressed its joy for the referral of the petition by the presidency, to Foreign Minister Alvaro Leyva. Chela Castro, one of the most prominent activists of the Movement expressed her excitement for these new times in Colombia.

"I am very excited with tears in my eyes when I read these two letters. I can truly die happy that the presidency of my country has answered us to the MCSC something so important."

"We are no longer invisible on those platforms and they only had us to profile us", she emphasized when recalling the recent denunciation of the Raya Magazine where she revealed espionage against Cuba by Colombian military intelligence agencies under the previous government and with the interests of U.S. agents.

Among those "profiled" were several members of this collective whose objective is to strengthen solidarity with the Cuban people and just causes such as the struggle against the genocidal and criminal policy, overwhelmingly condemned at the UN by 185 countries. (Source: Prensa Latina).