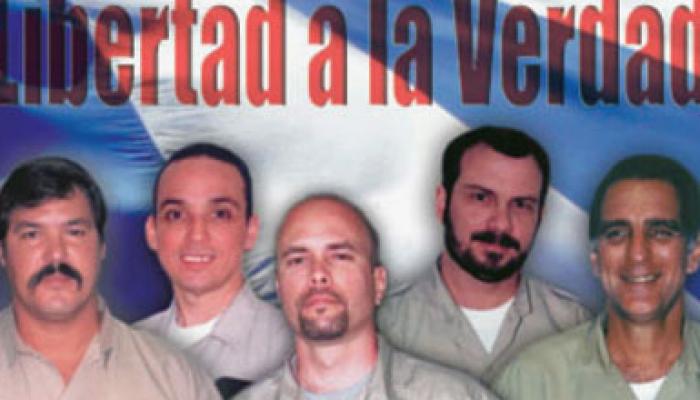 Havana, December 3 (RHC)-- The release of Cuban Anti-terrorists imprisoned in the United States for over 15 years is the subject of the constant demand of over 2100 messages published so far on a new web page in support of the Cuban Five.

www.voicesforthefive.com publishes messages of solidarity from around the world for the valiant Cubans, whose only crime was to monitor aggression against Cuba by CIA-led terrorist groups in South Florida.

One of the messages, from retired U.S. Federal Judge Claudia House, states that the process against the Five is in straight violation of the law.

Another message, from Dave Prentis, a leader of UNISON, the British trade union of public servants, said his organization supports the Cuban Five. He called attention to the International Investigating Commission that will meet in London on 7th and 8th March next year.

U.S. activist Cindy Sheehan writes in her mail that the same meeting in London’s Law Society next March will be crucial in the world-wide campaign to reverse the travesty of justice perpetrated against the five.

Four of the Cuban Five are still in U.S. jails. Rene Gonzalez, the fifth, served his 15 year sentence and is back home in Cuba.