Cuban Migrants in Costa Rica to be Airlifted to El Salvador on Way to U.S. 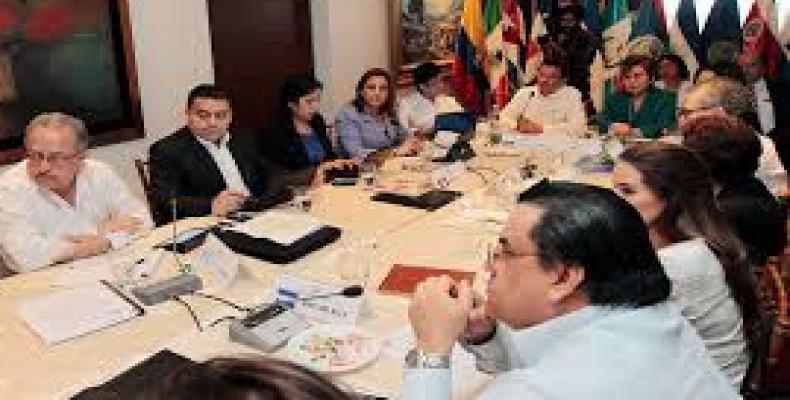 A communiqué issued by Costa Rica's Foreign Ministry, cited by La Nacion newspaper, explains that Central American authorities agreed to open an exceptional, safe and orderly corridor for the Cuban migrants, who have been stuck in that country since November headed for the United States.

The Cubans will be flown to El Salvador from where they will continue on their way to Mexico by bus, reads the communiqué. The decision was reached during a meeting of diplomatic and migration authorities after other regional meetings proved unsuccessful in finding a solution to the migrants' situation.

Details about the number of Cubans to go in the first group and other aspects were not yet revealed to guarantee the safety of the migrants, according to Costa Rica's foreign minister Manuel Gonzalez. However, the press office at the Foreign Ministry explained that it will be the Cubans who will have to pay for air and bus tickets to make the journey to Mexico.

The migrants will then continue to the U.S. border where they are expected to be legally received by U.S. authorities under the "dry-foot wet-foot" policy and the Cuban Adjustment Act, which encourage this kind of irregular and dangerous migration to the U.S.

The decision came one day after Pope Francis called on Central American governments to find a solution to the humanitarian drama of the Cubans migrants stranded in Central America.

In statements following a session of Cuban Parliament commissions on Monday, Foreign Minister Bruno Rodriguez said that Cuba had requested an appropriate and fast solution to the case of the thousands of Cubans in Costa Rica.

Rodriguez lashed out at the politicization of U.S. migration policy towards Cuba. The U.S., he said, must stop encouraging illegal, unsafe and disorderly emigration."

In an effort to stop the flow into their country, Costa Rican authorities stopped giving entry visas to the Cubans coming from Panama on December 18th, and they are now processing deportation of at least 56 Cuban migrants that were found in Costa Rican territory after that decision, according to local media.