Federal President of the Republic of Austria Begins Official Visit 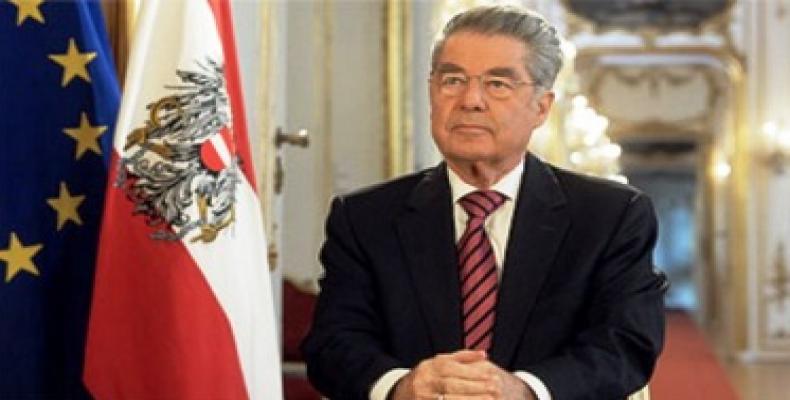 Havana, March 2 (RHC)-- On Wednesday, Heinz Fischer, Federal President of the Republic of Austria, has begun an official visit to Cuba.

The distinguished visitor attended a business forum of Cuban and Austrian entrepreneurs in Havana. He is scheduled to meet with his Cuban counterpart President Raúl Castro and pay homage to Cuban National Hero José Martí at Havana's Revolution Square.

While on the island, Fischer will attend a concert by violinist Frank Stadler, accompanied by the orchestra of Havana's Mozart Lyceum. During the concert, Stadler will play one of the violins of Wolfgang Amadeus Mozart.

Brought to Cuba by President Heinz Fischer, the violin was created in Italy in 1754 by Pietro Antonio Dalla Costa. It belongs to the collection of original instruments and objects that once belonged to the great Austrian composer treasured at Mozart’s birthplace, which was turned into a museum by the Mozarteum Foundation in Salzburg. According to the foundation, it will be the first time that a Dalla Costa violin will be played in Latin America.