Brahimi Arrives in Iran for Talks on Syria 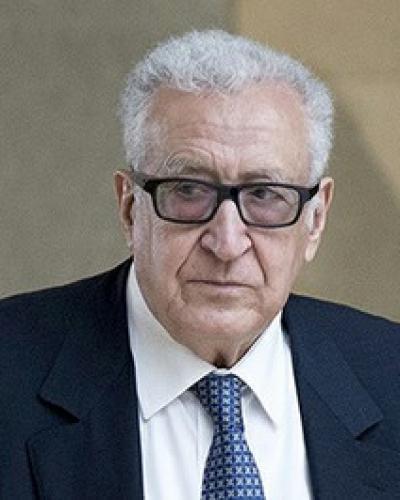 Tehran, March 17 (RHC-Xinhua) -- UN-Arab League joint special representative to Syria, Lakhdar Brahimi arrived in the Iranian capital of Tehran on Sunday. He is there to hold talks with a number of Iranian officials on the Syrian crisis, the state IRIB TV reported.

During his stay in Tehran, Brahimi will meet with Iranian Foreign Minister Mohammad-Javad Zarif and Iranian President Hassan Rouhani to exchange views on the recent developments in Syria, humanitarian aids to the Arab state and the ways to deal with the Syrian issues.

Zarif said Sunday that he invited Brahimi to visit Tehran since Iran believes in diplomatic solutions to the crisis in Syria.

Iran supports the ruling party in Syria in its conflict with the opposition groups.

The second-round negotiations of the Geneva II peace conference concluded in mid-February without any tangible results. The date for the next round of talks was not set due to the disagreement between the Syrian government and the opposition.