Frei Betto: 'With Fidel, We Lost the Last Great Leader of the 20th Century' 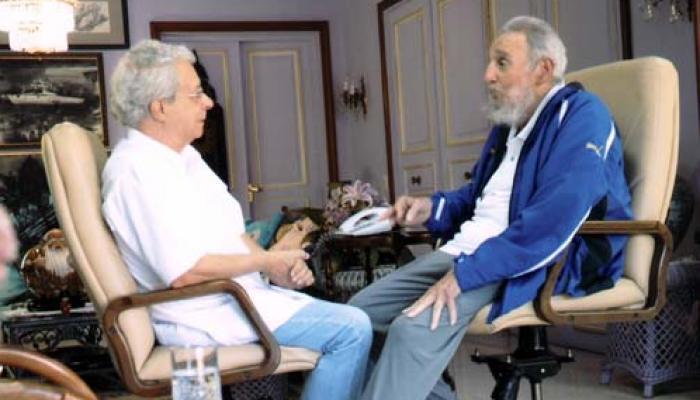 Brasilia, November 27 (RHC-PL)-- Upon learning the sad news of Fidel Castro's death, Brazilian priest, writer and political activist Frei Betto said: 'With Fidel Castro, we lost the last great leader of the 20th century, the only one who lived long enough to see the fruits of the Cuban Revolution.'

The author of more than 50 books, among them 'Fidel y la religión' or Fidel and Religion, Betto said Fidel, who led Cuba for nearly half a century, has left behind a huge legacy for other revolutionaries in his country and elsewhere to follow.

“Cuba is the only country in the world to have been visited by four popes,” said Frei Betto and noted that it was not by chance that Pope Francis chose Havana, the Cuban capital, as the venue of his historic meeting with Patriarch Kirill of Moscow and All Russia.

In an interview granted to the Brazilian edition of the Spanish newspaper 'El País', Frei Betto spoke about links between the late Cuban revolutionary leader and Brazil. He said that Fidel, the Cuban Revolution has always maintained good political and diplomatic relations with all Brazilian governments, based on mutual respect and cooperation. He added that Fidel was a close friend of former Brazilian President Luiz Inácio Lula da Silva.

Frei Betto commended Cuba's solidarity with other peoples and nations of the world and the island's cooperation programs, particularly in such sensitive areas as healthcare and education. He recalled what he described as Cuba's decisive role in the fight against the Ebola epidemic in West Africa. “Wherever there is a catastrophe, Cuban doctors rush to assist the victims.”