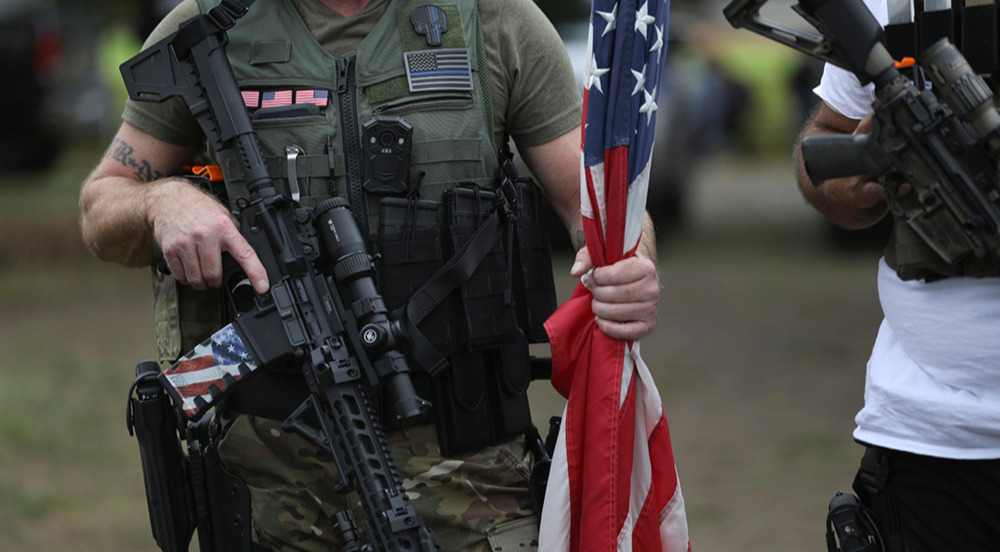 Washington, January 11 (RHC)-- Armed protests are being planned across 50 U.S. states in the wake of pressure on outgoing president Donald Trump after his supporters’ deadly of breach of the Capitol last week.

An internal FBI bulletin obtained by the ABC News reportedly showed plans for protests amid efforts to remove the lame-duck from office before January 20th, in part through invoking the 25th Amendment to announce him unfit for presidency.

"The FBI received information about an identified armed group intending to travel to Washington, DC on 16 January," the bulletin read.  "They have warned that if Congress attempts to remove POTUS via the 25th Amendment, a huge uprising will occur."

House Democrats have introduced an article of impeachment against Trump for "incitement of insurrection" after the 25th amendment avenue was blocked by a GOP lawmaker.

The FBI is reportedly investigating whether pro-Trump protesters intended to harm the lawmakers, when they stormed the Capitol Wednesday as pressure grows on the president to leave office before his tenure ends on January 20th.

The effort was based on the argument that Trump has "demonstrated that he will remain a threat to national security, democracy and the Constitution if allowed to remain in office and has acted in a manner grossly incompatible with self-governance and the rule of law."

“These events and concerns increasingly serve to divert attention and resources away from the important work of the Department in this critical time of a transition of power,” wrote Wolf.

The acting U.S. Homeland Security chief says no evidence of a "foreign actor" compromising election votes.
Wolf had urged Trump to condemn the storming into the Capitol, which left five people dead.

“This is unacceptable.  These violent actions are unconscionable, and I implore the President and all elected officials to strongly condemn the violence that took place,” Wolf wrote in a statement at the time. “Any appearance of inciting violence by an elected official goes against who we are as Americans.  Every American is guaranteed the right to peacefully protest, but once those protests become violent, we should enforce our laws and bring those responsible to justice — regardless of political motivations.”