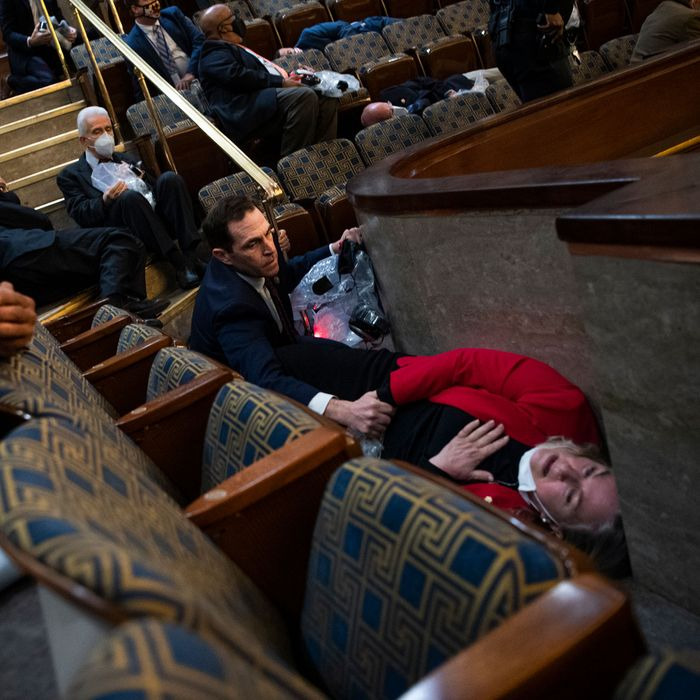 Washington, January 13 (RHC)-- A growing number of U.S. lawmakers are testing positive for the coronavirus in the wake of the deadly breach of Capitol by pro-Trump protesters.  Three House members have so far announced their positive test results voluntarily.

Democratic Reps. Bonnie Watson Coleman, Pramila Jayapal, and Brad Schneider may not be the only ones to have caught the disease after the Wednesday protest.  “This is not a joke. Our lives and our livelihoods are at risk, and anyone who refuses to wear a mask should be fully held accountable for endangering our lives because of their selfish idiocy,” Jayapal said in a statement.

Lawmakers who do not wear masks on the Capitol grounds will have to pay a $1,000 fine, if a bill, introduced  by Democratic Reps. Debbie Dingell (Mich.) and Anthony Brown on Tuesday, is passed.  “We’re done playing games. Either have some common sense and wear a damn mask or pay a fine. It’s not that complicated,” Dingell said in a statement.

The lame-duck president has toned down his rhetoric since the deadly breach of the U.S. Capitol by his supporters, a move that is apparently leading to a second impeachment effort in US Congress.