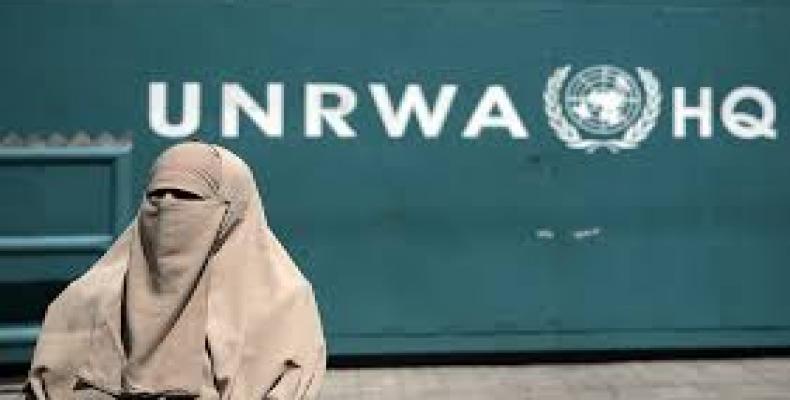 Gaza City, January 13 (RHC)-- Palestinian refugees in the Gaza Strip have slammed United Nations cuts to aid and services provided to them.  The majority of Gazans are refugees who were kicked out of their towns and villages upon the establishment of Israeli regime in 1948.

Palestinian refugees demonstrated in the Gaza Strip against UNRWA, the United Nations Relief and Works Agency for Palestine refugees.  They protested the agency’s cuts to vital services, aid and employment.

UNRWA is a United Nations agency established by the General Assembly decades ago and mandated to provide assistance to Palestine refugees. According to UNRWA there are over five million registered Palestinian refugees.

The Israeli regime has been campaigning to defund the UN agency in an attempt to end the refugees’ right of return. The crisis worsened after US president Donald Trump decided to cancel funding to UNRWA in 2018.