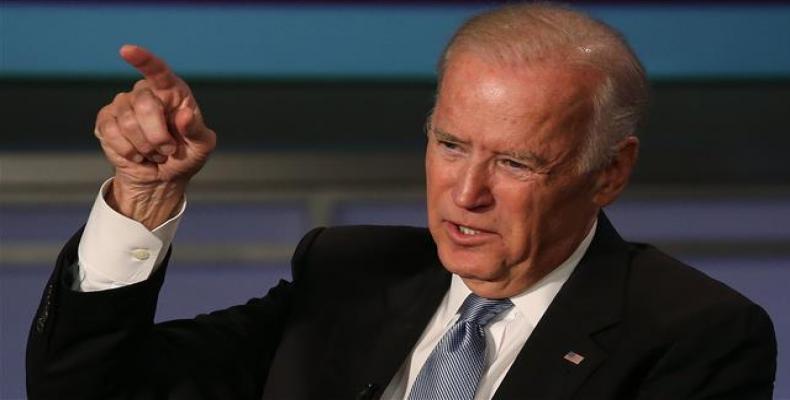 In the United States, members of the Democratic Party continue their national convention -- under the banner "Uniting America" -- to showcase their candidates for the presidency and vice-presidency, Joe Biden and Kamala Harris.  They hope that this is the way to remove Donald Trump from the White House.

Due to the COVID-19 pandemic, this time there are no large crowds.  Rather there are virtual meetings of the different sectors of that political group, accompanied by shows, speeches and music coming from the city of Milwaukee, in the state of Wisconsin.

The four days devoted to the Democrats began on Monday with the participation of former First Lady Michelle Obama and progressive Senator Bernie Sanders.

Yesterday, Tuesday, the show continued with the nomination and support speeches for the candidates and the delegates voting to confirm Joe Biden.

Tonight will be marked by the speech of Senator Kamala Harris, perhaps one of the most anticipated moments of the convention because everyone knows she will become the driving force behind the campaign, as well as the powerful shield against the attacks by Trump and other Republicans.

Finally, on Thursday night, Joe Biden will officially accept his candidacy for president.

The convention and the two and a half months until the vote are a kind of truce in the tense struggle between two important sectors of the Democratic Pary -- the conservatives and the so-called progressives.

This political party has said that the United States faces a triple crisis of health, economy and systemic racism, which is certainly true.

The pandemic so far has affected five and a half million people, more than 170,000 have died, and still there’s no sign that infections rates are beginning to decline.  The pandemic has significantly damaged the economy, with a 9.2 drop in the Gross Domestic Product during the second quarter of the year -- the hardest drop in almost a century.

Systematic discrimination has fractured society, as seen during the demonstrations following the murder of George Floyd by police officers in Minneapolis in May.

But so far, except for the appeal to national unity, the Democratic party has not presented a detailed and tangible project to face these challenges, and speeches have not gone beyond the fact that Trump is not the right president, but rather the one responsible for chaos.

It remains to be seen if the main protagonists of the presidential campaign for the Democrats have arguments to advance their program or if they will simply wait for their rival to lose.  In any event, the show must go on.