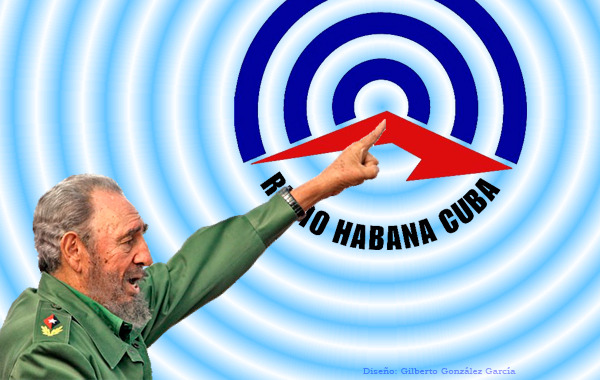 Radio Havana Cuba celebrates the 60th anniversary of its creation as an experimental shortwave radio station, on the air in 1961.  Those were difficult times, and it was intended to fill the gaps in the information battle that the young Cuban Revolution was waging against a virulent campaign of slander unleashed against our country by the press responding to the U.S. imperialism.  Two years earlier, Prensa Latina, another achievement of the Revolution, had been founded to this end.

Those who took part in the setting up of Radio Habana Cuba, can boast of having laid the foundations of what became the country's main and most effective information window to the outer world.

With very few resources and a lot of creativity, RHC founders developed a work routine that ran as smoothly as a Swiss watch.  First of all, they began broadcasting in Spanish, mainly to the United States and Latin American countries, and few months later, they included English-language programs.  Over the following months and years, other languages were added, bringing the total to nine.

The area covered by the shortwave transmitters at that time was not much different from that of today, which comprises North America, Central, South America and the Caribbean, Europe and Africa.

However, Radio Havana Cuba is marked by one particular feature: RHC is the only broadcast media entity unveiled by Fidel Castro at a mass event.  It took place on April 16, 1961, during the burial of the victims of the mercenary bombing of the airports of Santiago de Cuba, Ciudad Escolar Libertad and San Antonio de los Baños.  One day later, on the 17th, the mercenary invasion of Playa Giron began, organized and financed by the U.S. government headed by President John Kennedy.

That epic battle, fought by Cuban fighters against the mercenary invasion, was the great baptism of fire of the radio station.  It accepted the responsibility of broadcasting the war reports during the invasion and announcing the victory over the mercenary forces on April 19th, 1961.

With this historical-patriotic background, the station adopted the name Radio Habana Cuba.

In these 6 decades, countless journalists, technicians and administrative staff have passed through the station's editorial offices and premises, in a tight bundle of talent and political commitment, a good part of them were foreigners that sympathized with the revolutionary cause and offered their internationalist support.

All of them and those who today continue to share the journalistic ups and downs, we gather to wish Radio Habana Cuba a long life forever!