Solidarity between Cuba and Bolivia could not be broken 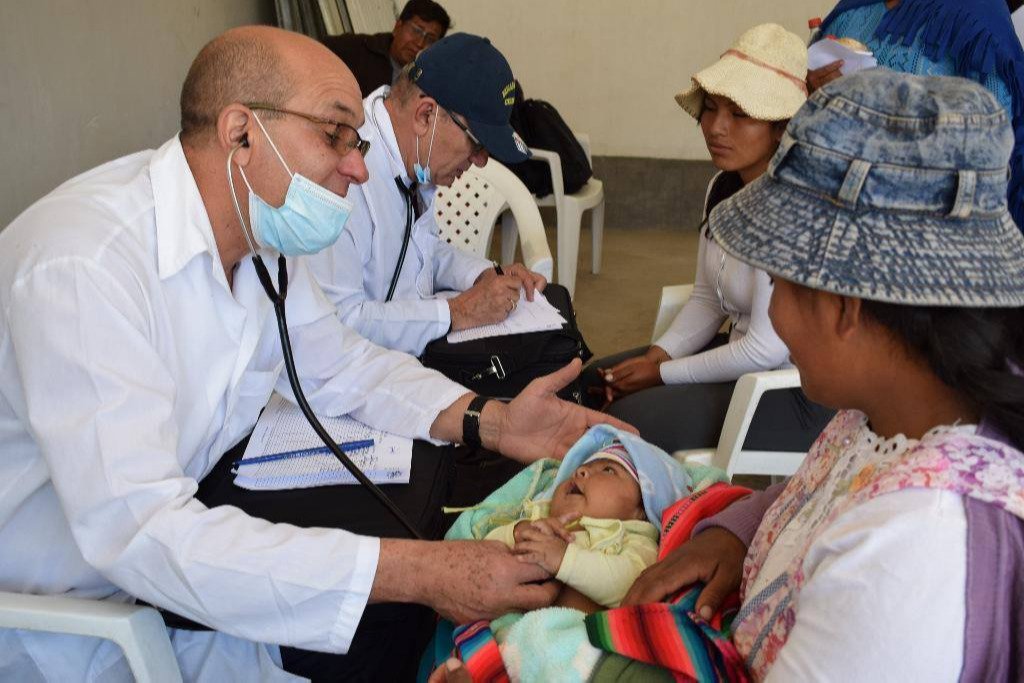 Cuban doctors have saved numerous lives in Bolivia.  But after the coup d'état of November 2019 against the then President Evo Morales, the de facto authorities, led by the self-proclaimed president Jeannine Áñez, propitiated with their slanders the end of bilateral cooperation.

A huge campaign against Cuban collaborators, based on lies and hate, was launched.  Our health professionals were even victims of attacks and four of them were arbitrarily detained and finally released.

The coup perpetrators instilled the idea that Cubans were encouraging the protests of the Bolivian people against the uprising that destroyed social programs that favored all citizens, especially the poorest.

Cuban doctors only developed strictly humanitarian work, and as part of this they conducted over 70 million consultations and performed 1,500,000 surgical interventions.

The withdrawal from Bolivian territory of Cuban health professionals was a severe blow for the most vulnerable sectors. On that occasion, on his Twitter account, Cuban Foreign Minister Bruno Rodriguez pointed out that in only two months without the medical brigade in the South American country, close to a thousand women did not have specialized assistance during childbirth.

With the return to power of MAS, Movement Towards Socialism, after last year's elections, Bolivia and Cuba resumed ties that have always been characterized by mutual respect and selfless help, and which in health matters marked a turning point in the Andean country.

Both nations have exchanged experiences in the confrontation with COVID 19, to which the de facto government presided by Áñez gave an ineffective response. Cuba has made clear its willingness to help in the fight against the pandemic.

Bolivian President Luis Arce has recently praised the health intervention in the Cuban island with its own vaccine candidates against COVID-19.

"Good news for the entire Patria Grande."  This is how Arce described the efforts of Cuban scientists who, even in the midst of the obstacles imposed by the U.S. blockade, have given life to five vaccine candidates against the disease.

It is a priority to continue deepening the ties of friendship and solidarity between the two peoples, something that the hostile position of the coup government could not break.