Without neglecting health, Cuba opens up to international tourism 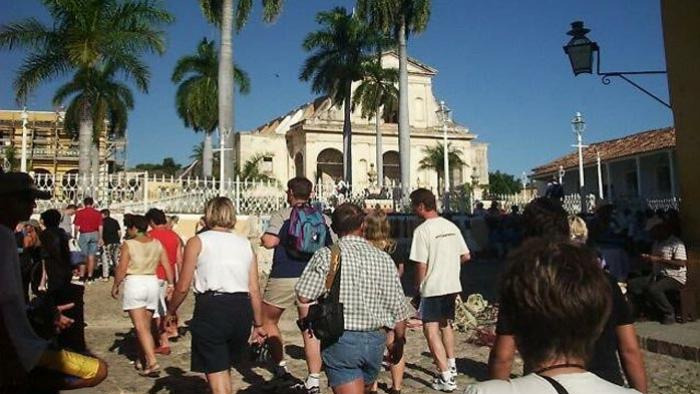 Trinidad, in south-central Cuba is one of the most visited tourist poles in the archipelago.   Photo: File/RHC

In November, Cuba will open its borders to international tourism, but without losing sight of the protection of the Cuban population and those who visit Cuba in search of a safe destination and a variety of offers to release tensions after almost two years of the pandemic.

Although the measure will allow reactivating the economy, seriously affected by the COVID-19 and the tightening of the U.S. blockade, it has been adopted after a thorough analysis of the current epidemiological situation in the country, which has shown in recent weeks a significant decrease in the number of people infected and killed by the disease caused by the new coronavirus.

This panorama has been influenced by the successful vaccination campaign being carried out throughout the national territory, with highly effective and safe immunogens.

In addition, health authorities have designed as a strategy to apply a booster dose, because although studies have shown that six months after vaccination, the antibody load remains high, the aim is to further increase the levels of protection, especially against dangerous variants such as Delta.

This dose guarantees greater security for certain population groups, which are more vulnerable and which for certain reasons do not achieve a high response and are therefore more prone to infection.

All this provides protection to citizens and offers a safe destination for foreign visitors.

To this end, the Ministry has also worked in close coordination with the health authorities, taking into account the recommendations of world organizations such as the Tourism and Health Organization, the operators established in the country and the tour operators of the main issuing markets.

Likewise, hotel, customs, immigration and transport personnel have been immunized and will also receive a booster dose, another sign of health security to fully develop the high season.

The authorities have explained that, likewise, priority is given to the attention of the doctor and nurse within the tourist facilities, but a hygiene and epidemiology technician is added for surveillance and strict compliance with protocols.

They have emphasized that the use of masks will still be necessary inside air terminals, as well as throughout the country, especially in enclosed areas.

In addition to the adoption of protocols for the protection of vacationers, the country has worked to diversify its offers, especially cultural ones, since Cuba is more than a sun and beach destination.

During these months of the pandemic, work has been done to improve the comfort of the rooms in the different hotels and to provide better Internet connection.

Responsible and safe tourism is Cuba's goal, which seeks to preserve the health of those who visit us, but also of the people linked to the sector and in general of every Cuban.