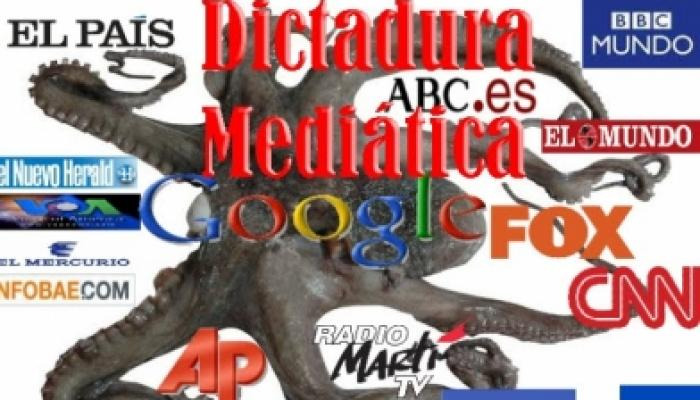 The mainstream media and its resonance apparatuses have planted in the popular imagination of Western Europe, and also in a good part of the American continent, the false idea that Russia is preparing an imminent military invasion against its neighboring Ukraine.

The mainstream media and its resonance apparatuses have planted in the popular imagination of Western Europe, and also in a good part of the American continent, the false idea that Russia is preparing an imminent military invasion against its neighboring Ukraine.

There is no lack of so-called analysts who play at guessing the exact moment when such an action will take place, because they consider it, or pretend to consider it, as practically a fait accompli and even estimate the strength of the response, warlike, economic and political, that Moscow would receive for such an audacity.

This is a propaganda maneuver already used on other occasions and it is enough to recall the number of lies told about the "weapons of mass destruction", supposedly held by Iraq, and which served to justify the bloody aggression against the Mesopotamian country.

Now they are attacking Russia, which is not at all gratuitous. After the disintegration of the Soviet Union, this Eurasian country managed to rise from the ashes and become a leading player in the construction of a multipolar world.

Its role in the international arena grew, strengthened and won respect and admiration in many parts of the world.

This is enough for the United States and its allies to perceive it as a threat to their hegemonic interests, which also explains the advance of NATO's military borders to the borders of Russian territory.

Such a policy of expansion has already engulfed numerous former Soviet nations, among them Poland, Hungary, the Czech Republic, Bulgaria, Estonia, Latvia, Lithuania, Romania, Slovakia and Slovenia, and the only thing missing to close the circle is Ukraine.

In the latter country, the West hatched a plot in 2013 against the elected President Viktor Yanukovych, because he was in favor of a friendly relationship with Moscow, while neo-fascist currents grew stronger.

When we speak of NATO, we say the United States, because it would be deplorable innocence not to realize that this warmongering organization is nothing more than an extension of the Pentagon's fist.

To the military encirclement is added a policy of economic sanctions, which seek to hinder Russian development and are at the same time a punishment for the role of President Vladimir Putin in the defense of Syria's sovereignty.

The media are adept at confusing aggressors and victims, but let us always remember the infallible principle that practice is the criterion for determining the truth.