A necessary and instructive document 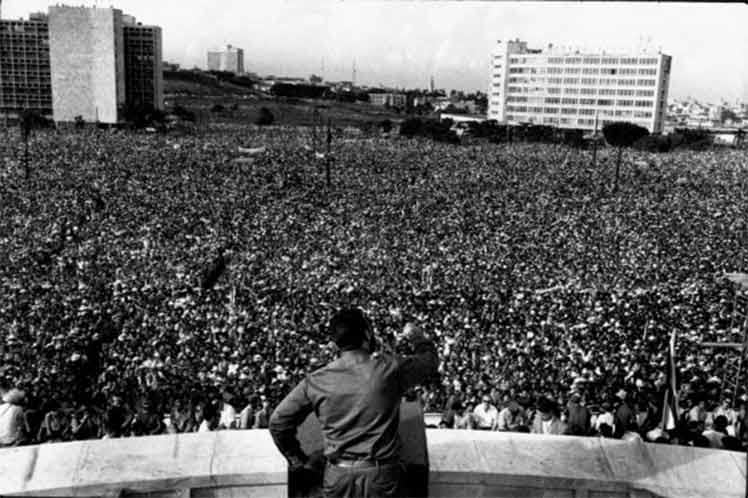 Sixty-two years ago, Cuba proclaimed before the world its right to sovereignty and independence, given the aggressions and maneuvers of the United States that sought to isolate the triumphant revolution.

In the historic Plaza de la Revolución, the Cuban people approved the First Declaration of Havana. It was a strong and decisive response to the Declaration of San José, Costa Rica, through which the OAS, the Organization of American States, always subordinated to Washington, opened the doors to sanctions against the Greater Antilles.

The First Declaration of Havana is one of the guiding documents of the policy of principles of the revolutionary process and that has guided the road traveled in these 63 years, both internally in terms of social justice, as well as in its international projection.

It recognized the right of every Cuban to health, education, food, culture and sports, denied by previous governments, subordinated to the dictates of Washington and that plunged the people into misery, illiteracy and unhealthiness.

But the document not only emphasized the rights of Cubans, but also the demands of the poorest people in Latin America and the rest of the planet, all of whom deserve a better world.

And very importantly, it defended the prerogative of every people to self-determination and sovereignty, a right highlighted by Cuba over time in various international forums.

It was a forceful denunciation of the constant interventions and crimes of U.S. imperialism in Latin America, plundered, exploited and turned into the backyard of the United States.

A danger still latent in today's America, where progressive governments working for the welfare of their citizens are the object of maneuvers and aggressions of the powerful neighbor to the North, in collusion with the oligarchy.

The First Havana Declaration is a necessary and instructive text in these times, in which the empire, without abandoning its old methods of pressures, threats and sanctions, resorts to more sophisticated mechanisms to satisfy its colonizing cravings.

Sixty-two years after its proclamation, the First Declaration of Havana is still present in the resistance of the Cuban people and in their constant struggle to carry out their life project.