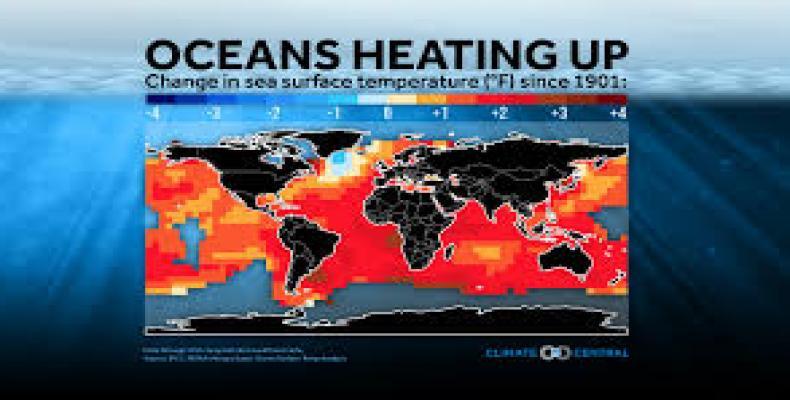 Washington, November 7 (RHC)-- In environmental news, the world’s oceans are warming at a much faster rate than previously thought.  That’s according to a new report in the journal Nature, which finds that oceans have absorbed 60 percent more heat during the past 25 years than previous scientific estimates.

Scientists say this situation will result in accelerated global warming as the heat is released into the atmosphere, making the target of holding global temperature rise below 1.5 degrees Celsius, or 2.7 degrees Fahrenheit, even more difficult to achieve unless urgent global action is taken.