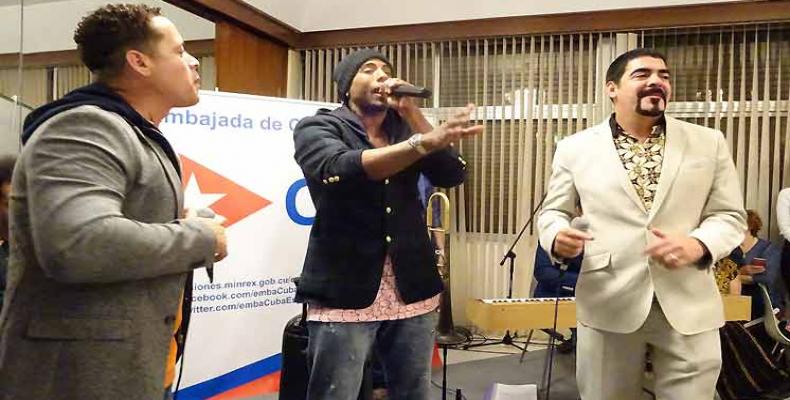 A much-expected concert by the Cuban trio Orishas is closing the 5th Havana World Music Festival at midnight Saturday in the Cuban capital’s Metropolitan Park.

The music gathering included the performance of artist, musicians, bands and singers from Cuba and all over the world representing the most diverse musical trends.

In its first concert in Cuba in eight years, the twice Grammy Award winner and flagship hip hop group on the island will take a tour of its music, ranging from ‘A lo cubano’ (The Cuban Way) from its 1999 debut album, to the most recent single ‘Cuba, isla bella’ (Cuba, beautiful island).

The festival is also announcing for Saturday other heavyweights of the world alternative music scene, such as the project by Spanish singer Marinah, ex vocalist of Ojos de Brujo, and the British duet The Chicken Brothers. Also on today’s festival’s program: Gato Preto, a band made up of musicians from Germany, Mozambique and Ghana, and locals Haydée Milanés and David Blanco.

The festival, which comes to a close after several days of hard work and concerts under the slogan ‘Everything is solved by music’, bets on showcasing the diversity of music forms and genres from around the world, especially that played off the main or big promotion and consumption circuits.

Organizers say that the festival could set a record number of 15 thousand participants.