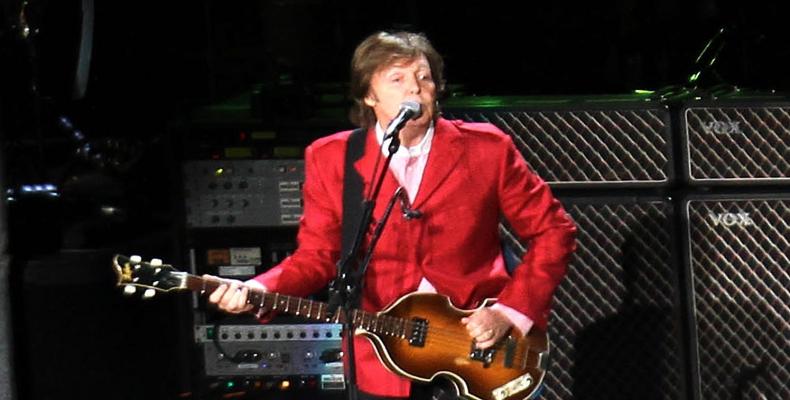 British singer-songwriter Paul McCartney reacted to the George Floyd case. He said he is "sick and angry" at the widespread cases of police brutality and systematic racism that still prevail in the United States and insisted that "saying nothing is not an option."

The Beatles icon has become the latest star to weigh in on Black Lives Matter's ongoing protests sparked by the recent murder of African-American George Floyd, by a white Minnesota police officer.

In declaring his support for protesters, who have taken to the streets around the world, the 77-year-old musician called on fans from all backgrounds to speak out against injustice to work towards a better and more unified future.

"As we continue to see protests and rallies around the world, I know that many of us want to know what we can do to help. None of us has all the answers and there is no quick fix, but we need a change." He wrote online.

The former Liverpool quartet member added: "We all need to work together to overcome racism in any way. We need to learn more, listen more, speak more, educate ourselves and, above all, take action."

He recalled when in 1964, The Beatles refused to give a concert in Jacksonville, United States, due to racial segregation in the audience.

“It seemed bad to us, so we said, ‘We’re not going to do this.’ And the concert we did give was the first without a segregated audience. Then we made sure this was in our contract. It seemed like common sense to us. I feel sick. and angry that 60 years have passed and the world is shocked by the horrific scenes of George Floyd’s mindless murder at the hands of police racism, along with countless others that happened before,” he added.