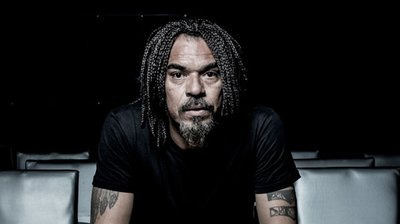 Havana, February 22 (RHC)--Renowned musician, composer and audiovisual producer X Alfonso has premiered his latest work entitled ‘Dale Conga’, a piece that, according to a message at the beginning of its playback, is not just a music video, it is "something else".

“I believe and trust in the young talents that live in Cuba,” the multifaceted creator told Bonus Track. He explained that "it is not necessary to have a title or belong to something to become a great artist. This video features young people, who believe in what they do; they filmed it themselves, with their own means, then I edited it and finished the post-production".

X Alfonso is known in Cuba and around the world for his versatility and his constant experimentation in music and audiovisuals.

About Dale Conga, he said it follows the idea of Inside (his latest project) of including all the arts. “This time through dance, there is a fusion of urban and contemporary styles, and of our roots, thus translating the message into movements and corporal expression", he said.

With Dale Conga, X Alfonso continues the saga of music videos for pieces included in Inside, for which he won a total of seven awards, including the Video of the Year Award, and more than a dozen nominations at the latest edition of the Lucas Awards, Cuba's top music video contest.

After a long break away from the public eye as a creator, X Alfonso returned with this multiplatform project to which he has dedicated the last two years.

Starting with the monthly release of singles, the author of Santa and Civilización put together a double album that has been widely recognized by specialized critics, inside and outside the country, and has designed a series of actions in physical and virtual space related to the releases.

Together with the music video, X Alfonso presented a new website at www.xalfonso.com, where visitors will be able to find the artist's complete discography, photos, press links and all his music videos -- a space for his followers to enjoy the different facets of the artist’s work.

With a well-established, successful career in the rock and pop rock scene since the 1990s, X Alfonso mixes ballads with hip hop elements, electronic music and pop with Afro-Cuban roots.

His versatility has allowed him to successfully compose music for theater, contemporary dance and film. In 2005, X Alfonso won a Goya Award to the Best Original Music for the soundtrack of the film ‘Habana Blues’ by Spanish film director Benito Zambrano.

In 2010, X Alfonso founded Fábrica de Arte Cubano (FAC), a unique cultural space, where young emerging talents in the most diverse disciplines (music, film, fine arts, dance) converge and exchange with experienced artists and the public. In 2019, Fábrica de Arte Cubano was rated by TIME magazine among the top 100 places in the world.

In 2010, X Alfonso was named Goodwill Ambassador of the United Nations Children's Fund, UNICEF, for his artistic work with and for children.