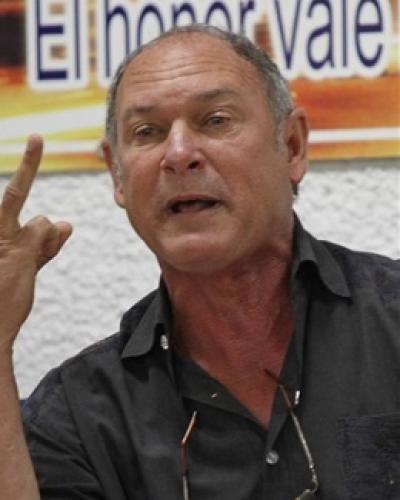 Havana, July 7 (RHC)-- A new documentary film about the life of Cuba's greatest Olympic track and field athlete Alberto Juantorena will be available on iTunes and Amazon on August 2-3 in the US, UK, Canada, Ireland, Europe and Latin America, as well as in most Asian and African countries.

Entitled ‘Running for the Revolution', the feature length film chronicles the life of Alberto Juantorena, from the start of his journey to a historic 400m/800m double triumph at the 1976 Olympic Games, to his lifelong service to the sport he loves.

In 1976, Alberto Juantorena became the first man to win both the 400m and 800m titles at the same Olympic Games. No man has been able to summon the necessary mix of speed and stamina to duplicate the feat at any Olympic Games or major championships since. In both races, he beat US favorites to the line, also breaking the world record in the 800m event. An Olympic athletics legend, Juantorena is a World Athletics Council Member and serves also as the head of the Cuban Athletics Federation.

“If ever we need proof that sport doesn’t just mirror social and political trends but shapes them, ‘Running for the Revolution’ is it,” World Athletics President Sebastian Coe said.

The film will also be broadcast in Israel on July 25 and Belgium, on August 1.