US conservationists committed to preserving Hemingway’s legacy in Cuba 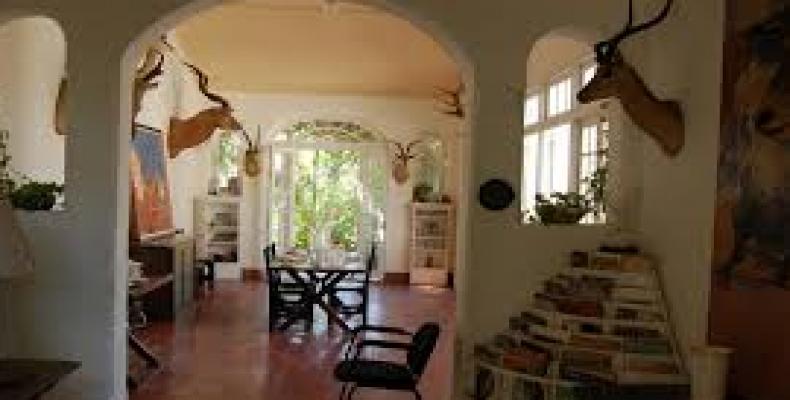 A team of US conservationists will come back to Cuba in May to help build a storage facility and workshop to preserve Finca Vigía, Hemingway’s Museum in Havana.

According to a San Antonio Press News report, the conservationists include William Dupont, director of the Cultural Sustainability Center from the University of Texas at San Antonio (UTSA), who has been a consultant for the restoration of Nobel Prize Winner’s house in the Cuban capital. The group will be in Havana from May 8 through 13.

The Cuban government, along with the Massachusetts based Vigía Finca foundation, completed in 2008 the restoration of the gardens and the stucco house built in 1886, but has been looking for ways to conserve the thousands of documents, photos, recordings and books kept in the museum.

As a result of these efforts the first export of construction materials from the US to Cuba after the Revolution will take place soon to help build the 2.200 square feet installation, including conservation labs and a controlled climate storage facility for documents.

In 1960, US ambassador to Cuba, Philip Bonsal, went to Finca Vigía to inform Hemingway that the US government was going to break ties with Fidel Castro’s, urging him to show his patriotism, giving up his beloved tropical house, a suggestion that Hemingway strongly opposed, according to an Smithsonian magazine article from 2007, featuring statements by Valerie Hemingway, the writer’s secretary at the time and future adopted daughter.  Hemingway, who committed suicide one year later, loved Cuba, and Cuba loved him.

Finca Vigía, or Lookout Farm, became the Hemingway Museum in 1963, when his wife, Mary Welsh, donated it to the Cuban government.

Hemingway lived in Finca Vigía between 1939 and 1960 and wrote seven books there; including the Old Man and the Sea, Paris was a Feast and Islands in the Stream. The house was kept as if Hemingway was still living there and remains one of the most popular tourist spots in the country.