Nelson Mandela Race to hold its 5th Edition in Cuba 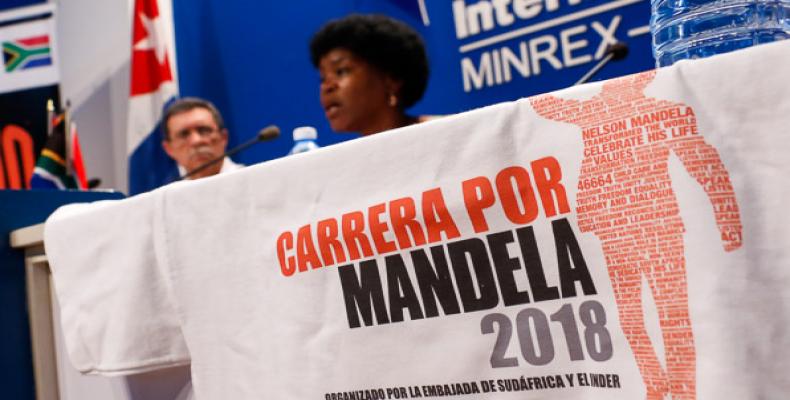 Havana, June 30 (RHC)-- The fifth edition of the race for the Nelson Mandela International Day will take place in Havana next July 14, as a worthy tribute to the life and historical legacy of the South African anti-apartheid leader.

Sponsored by Cuba's National Institute of Sports, Physical Education and Recreation (INDER by its Spanish acronym) and the embassy of South Africa in Cuba, the event will have a special significance this year as it marks the centenary of Mandela's birthday.

Thaninga Pandit Shope-Linney, ambassador of the African country in Cuba, and Carlos Gattorno, director of the Marabana-Maracuba Project, confirmed the realization of the race that will honor the memory of the former South African president.

The ambassador said that this activity will be part of those conceived in the Caribbean island for the International Day of Nelson Mandela, set for each July 18 by the UN General Assembly.

Juan Carlos Mesa, deputy director of the Marabana-Maracuba Project, stated that the registration process will be from next July 9-13 at Havana's Sports City Coliseum.

He added that it will be a 10km-race, where the circuit will be certified by the Association of International Marathons and Distance Races (AIMS), which will allow official recognition to the records.