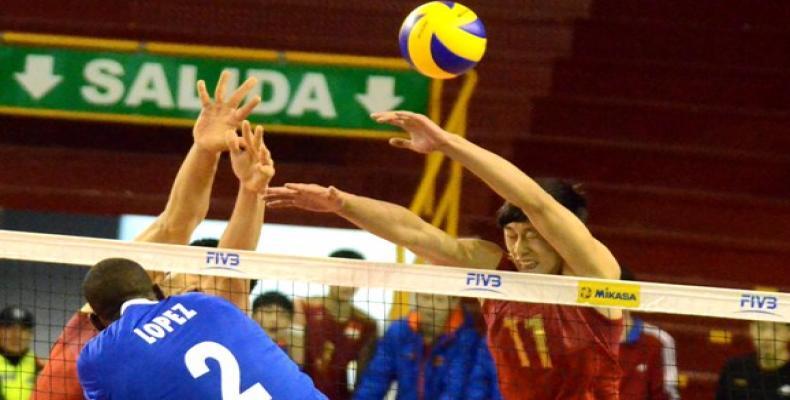 Havana, September 5 (RHC) -- Cuba came up on top and obtained the only ticket to the 2019 World Volleyball Championship by beating the Dominican Republic in the final of the under-21 regional NORCECA Men's Continental Tournament in Havana this week.

The Cubans bit the Dominicans 3-0, improving on the bronze medal they had won in the last event at Gatineau 2016, when they lost to the United States and Canada.

Jose Carlos Romero was the match scoring leader, with 16 points, supported by Julio Cardenas with 12. Dominican Bayron Valdez was again the best player of his team, scoring 15 points.

Cuba has currently a very good national volleyball team, and we are confident that these boys will eventually be joining in, as they got great talent, said Jesus Angel Cruz, head coach of the Cuban squad, noting that with this addition of new talent, Cuba could again  aspire to be on the world level.

The tournament’s bronze medal went to Canada, which defeated team USA. Next in the ranking were Guatemala, Haiti, Nicaragua and Barbados.