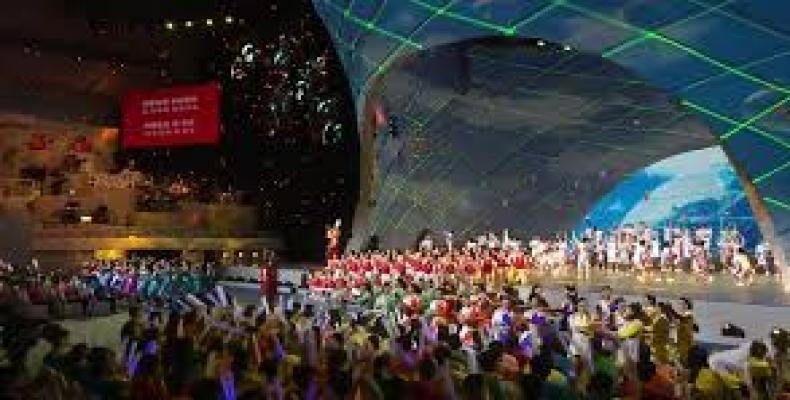 Beijing, August 30 (RHC) – The Chinese President, Xi Jinping, performed the Opening Ceremony of the 2019 FIBA World Championship, in a futuristic show at the Beijing National Aquatic Center (commonly known as the Water Bucket).

The Opening Ceremony was modest, if compared to the fancy shows China often puts on in this type of events. At the beginning of the show, 32 kids arrived to the center of the stage carrying a small basket with a ball inside, where people could read the names of the 32 participating countries.

The children presented the teams in alphabetical order, leaving China to the end, that resulted in a standing ovation once the local team was mentioned. The President of the International Basketball Federation (FIBA), Argentinian Horacio Muratore, made a little intervention in the show, followed by the Representative of the Chinese Basketball Federation and then by Xi Jinping, who officially inaugurated the competition.

To the gala at the Water Bucket, known for hosting the aquatic competitions of the 2008 Beijing Summer Olympics, also attended Rodrigo Duterte, President of Philippines, who is in an official visit to China.