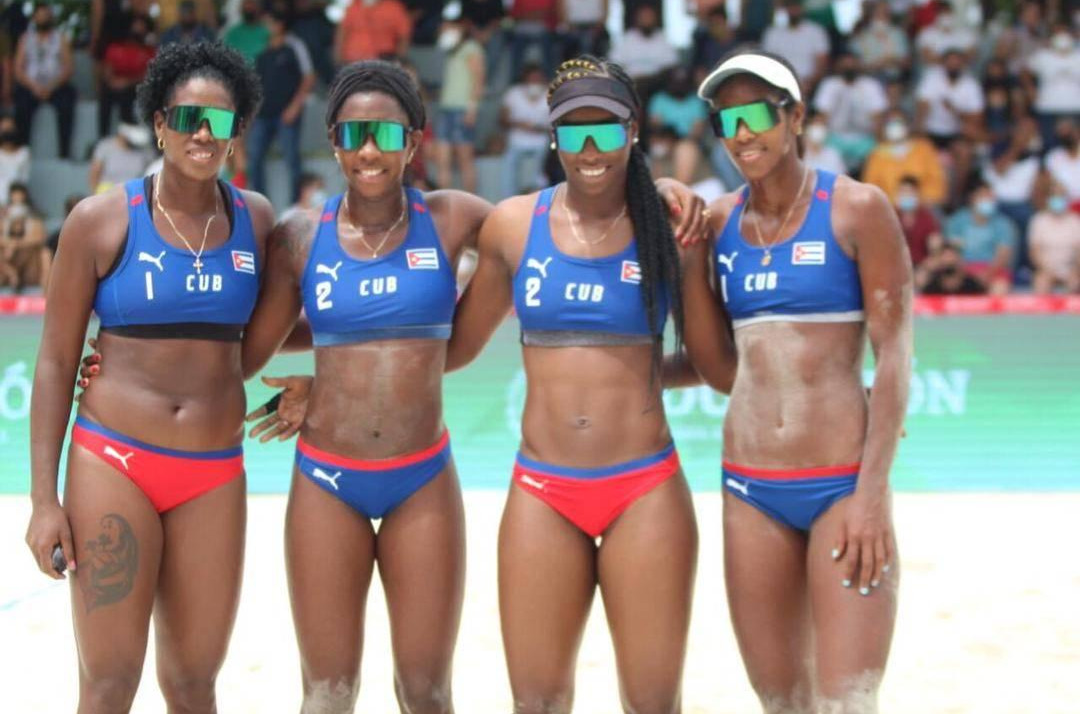 Colima, Mexico, June 28 (RHC)-- Cuba swept Mexico on Sunday and grabbed the ticket to the women's beach volleyball tournament for the Olympic Games in Tokyo, scheduled from July 23 to August 8.

In just over an hour and without losing a set, the two Cuban duos beat the Mexican hosts to obtain the quota for the Confederation of North, Central America and the Caribbean and thus return 13 years later to the stage under the five rings.

The main pair of Lidiannys Echevarría and Yanileidys Sánchez overcame their Mexican counterparts of Martha Revuelta and Zaira Oreña by double 21-15 in only 37 minutes of action, to achieve the first success for the Antilleans.

Minutes later, the duo of Leila Martinez and Maylen Deliz gave no chances to the duo of Susana Torres and Maria Jose Quintero and in half an hour defeated them by 21-16 and 21-7, to materialize the Olympic ticket.

After this performance, Cuba brings to 69 the number of athletes who have unofficially qualified for Tokyo 2020 in 14 disciplines, with some places in athletics and swimming still to be confirmed.