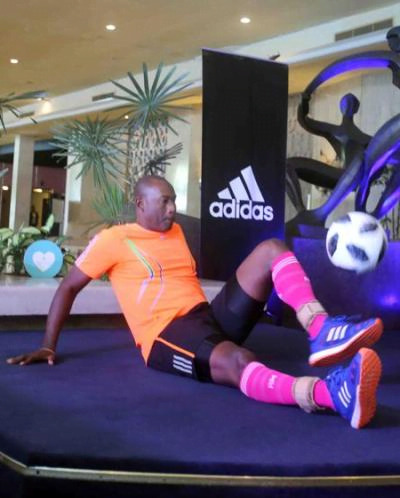 Havana, September 24 (ACN)-- Cuban Erick Hernandez will try to break this Sunday his current world record in ball dominance in the modality of only with the thighs, with a kilogram and a half of weight in each ankle.

The current world record is 2,739 touches and was achieved last year at the Havana club, at a time when the scourge of Covid-19 in the capital was less violent than the current one.

The new attempt of the well known capital Dominator will be broadcasted by the Havana Channel, venue of the demanding test, which undoubtedly constitutes additional pressure.

That scenario I will have on the Havana Channel is not ideal. I've only been able to do one training session there, but I'm in good physical shape for this attempt, which should take between 25 minutes or half an hour, Erick explained to the Cuban News Agency.

Erick expressed that he has devoted a lot of time to long-distance races.

"If I achieve it, it would be the third record I would get during the pandemic, which hurt me a lot, especially for not being able to do strength exercises in a gym with the right weights," he commented.

"It really costs me a little work to break well when it is transmitted live on television; but I am well prepared physically with my friend Jorge Velazquez, who was a walker and has a lot of knowledge of preparing using the races," said Hernandez.

"I have not been able to train strength because the gyms are closed, but I changed those exercises for running and some supplementary ones with my natural body weight, such as bars, planks, trunk, legs and abdominals to develop the aerobic capacity", said the Dominator of the ball.