Cuba advances after new success in U-21 Volleyball World Championship 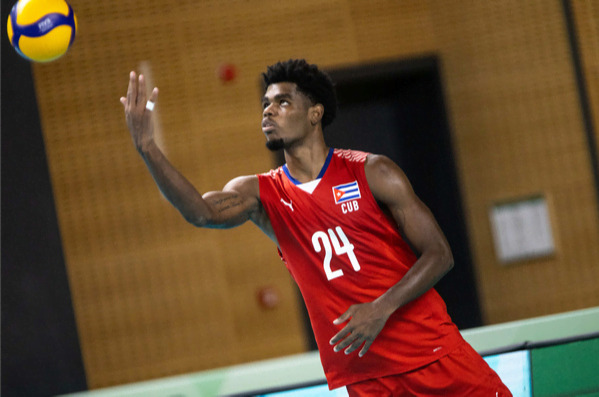 Victor R. Andreu made good use of the starting condition on Tuesday. Photo: FIVB

As in the first match between the two teams in the preliminary round, the Antilleans went through the wide door but not before facing the resistance of the Asian team, against which they again committed more faults of their own (37-27).

However, they imposed their powerful and distributed attack (61-49), as well as the blocking (10-7) and the service (5-4) in a clash in which they fell in the opening set (26-28) after arriving with a two-point advantage in the 24th point.

Corner player Victor Ramon Andreu took advantage of his day as a starter and was the top scorer for his team with 17 effective attacks and was followed by the also top player Jose Miguel Suarez (15), middle blockers Reynier Ibar (14) and Alejandro Miguel Gonzalez (13), and opposite Alexei Ramirez (13).

Sayed Amin was again outstanding and with 23 units did not share this time the condition of top scorer of the match. His teammate Ebrahin Abdulla added 14.

Christian Thondike, a regular setter who contributed four streaks, told the event site that they expected the game to be a bit easier.

"But Bahrain managed to put us in trouble mainly because of a lot of mistakes made on our side. Still, we are happy with the final score and the win."

In Group H, Canada did not have to play because they were scheduled to play Cameroon, absent from the tournament, and this Wednesday they will be Cuba's opponent with the pass also assured for the semifinal for the ninth place, scheduled for October 2.

Also in the land of pasta, in the E division that plays for reaching the dispute for the first to fourth seats, Argentina beat Belgium 3-1 and the hosts beat Czech Republic 3-0, and in Bulgaria, in F, Russia beat Brazil 3-0 and Poland beat the home side 3-2.