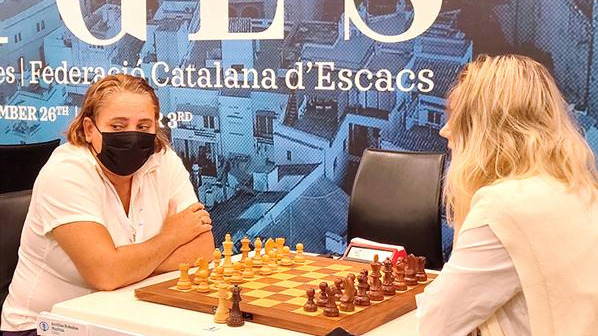 Havana, October 1 (RHC/JIT)-- The Fide Americas team could do little against CFR Team during the quarterfinals of the World Team Chess Championship, and will miss the semifinals of an event that brings together in the Spanish city of Sitges several of the best exponents of the moment.

The American multinational team has the Cuban Maritza Arribas in its fourth board, but she only played in the first of the two matches, in which she lost to Polina Shuvalova.

The CFR Team, made up of Russian players, swept 4-0 in the initial match and then finished off with a 3-1 win in the so-called "second leg" series. In the second match, the Americans saved face thanks to draws by Argentine Carolina Lujan against Kateryna Lagno and Canadian Maili-Jade Oullet against Shuvalova.

Maritza and her teammates were included in the current phase after finishing fourth in qualifying group B, a result considered good for the rank they faced.

Also advancing to the semifinals were Georgia, winners over Azerbaijan, and India after defeating Kazakhstan. However, Armenia and Ukraine will need to decide in rapid games which of them will remain in the competition, after scoring a win each on the day.

The World Championship brought together 12 teams divided into a pair of groups, with 45-minute games plus 10 seconds of increment after each move.

China, winner of four previous editions, and the United States decided not to attend. However, the remaining squads included elite players who brought a high level to the tournament.