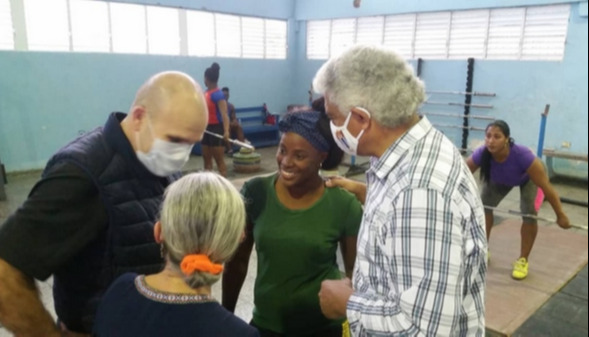 During the last days of his stay on the island, Ferhat visited several sports, scientific and academic centers of interest.

Cubadeportes valued the organization of training bases for Algerian teams in Cuba, as well as the hiring of coaches from the island.

At the UCCFD, he was interested in the proposals for master's and doctoral programs and short courses for the training of coaches. He also visited the Ernesto Che Guevara classroom specialized in chess, recently inaugurated by Cuban President Miguel Diaz-Canel.

The African executive also received extensive information on the services and experiences accumulated by the ICDC, where important research contributed to the triumphs of Cuban sport in the Olympic cycle towards Tokyo 2020.

Thursday's tour concluded at the Esfaar Cerro Pelado, where Abdelnour Ferhat exchanged with the technical groups and judo and weightlifting athletes, as well as with authorities of the Cuban Shooting Sport Federation.