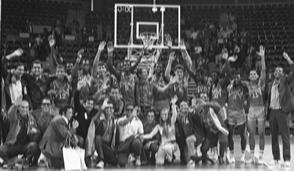 Havana, July 11 (JIT) -- The Cuban sports family bids farewell this weekend to one of its medalists at the Munich 1972 Olympic Games: basketball player Juan Roca Brunet.

Suffering from health problems for some time, the outstanding player of the decade of the 70s of the last century passed away this Saturday in this capital.

"It hurts to know that Juan Roca Brunet, a Cuban basketball great, has left us physically. Olympic bronze medalist in Munich 1972 and holder of other awards, he defended with nobility the flag of the homeland. Our condolences to family and friends," Inder president Osvaldo Vento Montiller wrote on his Twitter account.

The main authorities of the Cuban Olympic Committee have also expressed their condolences, namely its head Roberto Leon Richards and secretary general Ruperto Herrera, the latter his partner in the greatest result of men's basketball on the island.

After his retirement from active sports, Roca Brunet remained linked to sports and, among other tasks, he served in the National Commission of Attention to Athletes of Inder.

His son, volleyball player Alain Roca, followed in his footsteps in high performance sports, winning the 1998 World Volleyball League, among other results.

The Cuban press joins the messages of condolences to family and friends for the death of such an outstanding figure.