Diego smiles from above: Argentina wins and stays alive in Qatar 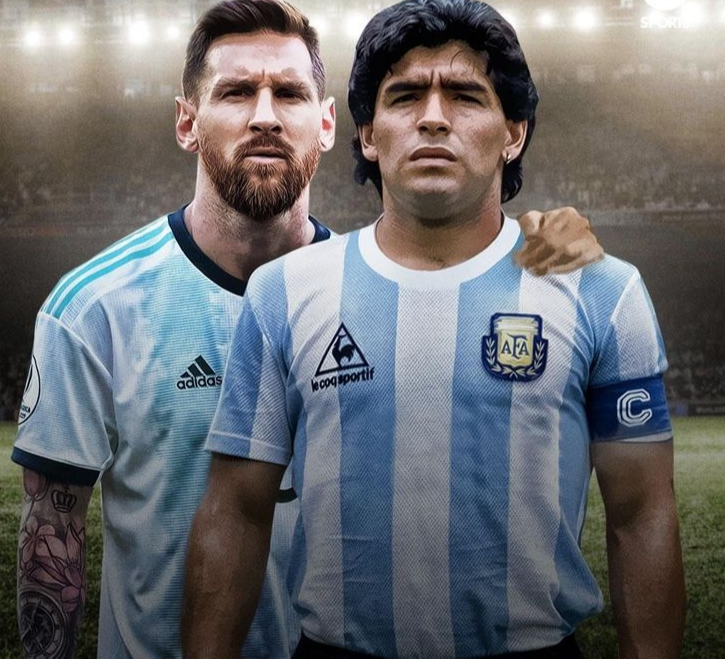 Argentina's national team defeated Mexico by two goals to zero and is still alive in the World Cup to be held in Qatar.

Havana, November 26 (RHC)-- Argentina's national team defeated Mexico by two goals to zero and is still alive in the World Cup to be held in Qatar.

The Albiceleste was practically obliged to win, after its failure in the debut against the surprising Saudi Arabia (2-1). With the spiritual boost of playing a few hours after the anniversary of the physical departure of Diego Armando Maradona, who with his prodigious left foot led the South Americans to their last World Cup title in 1986, coincidentally at the home of their rivals, the blue and white team went for the victory from the very beginning.

Precisely, their heir of number, leg and genius, Lionel Messi, would open the scoring ('64), after a precise pass from Angel Di Maria, defined by the star ten, with a shot from outside the area crossing Guillermo "Memo" Ochoa, who could do nothing to prevent the score.

In the first half, the Aztecs opted for a solid defense (they took the field without nine players), which achieved its goal of keeping a clean sheet in the first 45 minutes, but lacked the firepower up front to make Emiliano "El Dibu" Martínez's goal very uncomfortable. For their part, the Argentines kept trying to find the longed-for goal that would keep them afloat on Qatari soil.

The sons of the land of tango left the creators of mariachi music without music with Messi's goal in the second half, and then they scored the coup de grace with an excellent goal by Enzo Fernandez ('87).

The Argentineans now depend on themselves going into the last match of the group stage, and a win against Poland would assure them a place in the round of 16. Meanwhile, the Mexicans still have a mathematical chance, as a comfortable win against the Saudis in the final match could guarantee their ticket to the next stage.

In other matches of the day, Australia defeated Tunisia 1-0 with a goal by Mitchell Duke ('23). The island continent side now occupy second place in their group, which is dominated by the reigning world champions France with six points, thanks to today's win over Denmark with a brace from star player Kylian Mbappé ('61 and '86). Andreas Christensen ('68) scored for the Nordic side.

On the other hand, Poland defeated Saudi Arabia and climbed to the top of their group, with goals by Piotr Zielinski ('39) and Robert Lewandowski ('82), the latter being the Polish star's first goal in World Cups.