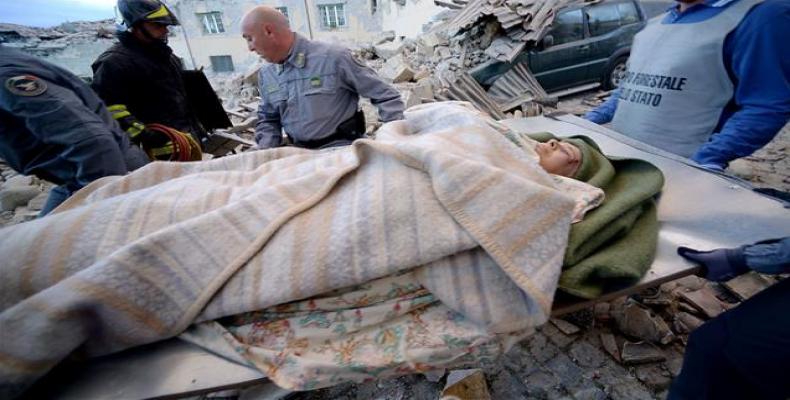 Rome, August 24 (RHC)-- A strong earthquake hit central Italy early Wednesday, killing scores and leaving large areas destroyed or damaged.  According to local news reports, many of the dead from the 6.2-magnitude earthquake were from three villages in a mountainous area.

The rural area of central Italy is a popular vacation site, and is especially bustling with people during the summer break.  The deaths included at least 10 people in the village of Pescara del Tronto, six in Accumoli and five in Amatrice.

The earthquake hit 10 kilometers (6.2 miles) southeast of Norcia at 3:36 a.m. local time.  The tremor was reportedly felt in Rome, the capital, located about 100 miles away.

Authorities say they cannot put a figure on the number of people trapped under the rubble, but the death toll is expected to rise in the coming hours.