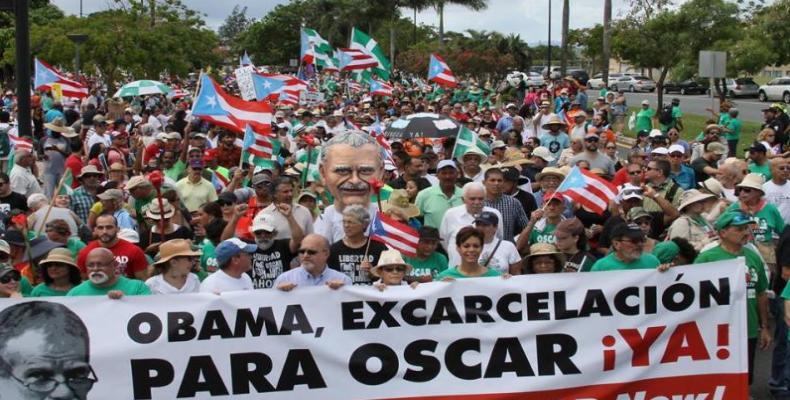 Washington, September 22 (RHC)-- The International Committee for Peace, Justice and Dignity, along with solidarity and human rights organizations, are sponsoring a major action in Washington, DC to demand the release of Puerto Rican political prisoner Oscar Lopez Rivera.

The Interfaith Freedom Convocation and Cultural Celebration in support of Oscar Lopez Rivera will take place in front of the White House, at Lafayette Park, on Sunday, October 9th.

Oscar López Rivera, who is now 73 years old, is the longest-held political prisoner in Puerto Rican history.  He was charged with seditious conspiracy -- the same charge for which Nelson Mandela was imprisoned -- for his participation in Puerto Rico's independence movement.  He was never accused of hurting anyone or participating in any violent crime -- only of fighting for his country to be free.

International human rights leaders such as Nobel Laureates Archbishop Desmond Tutu of South Africa, Adolfo Perez Esquivel of Argentina, Jose Ramos Horta of East Timor, Mairead Corrigan Maguire of Ireland, and others support Oscar Lopez Rivera.  And Puerto Ricans across the political and religious spectrum, including Puerto Rico's Governor and Resident Commissioner, the Archbishop of San Juan; and tens of thousands who have signed letters and petitions are calling for his release.