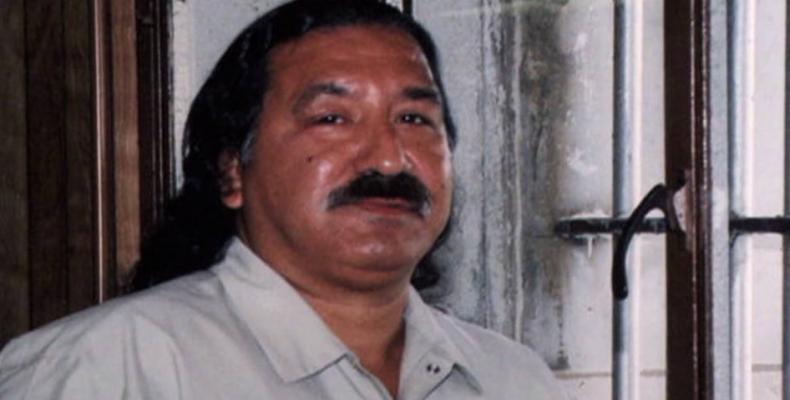 Washington, January 19 (RHC)-- The U.S. Office of the Pardon Attorney has announced that President Barack Obama officially denied clemency to imprisoned Native American activist Leonard Peltier, who has been in prison for more than 40 years on charges that have been proven false.  The Native American activist's lawyer said not granting clemency was like a death sentence, given Peltier's poor health.

Peltier, who is now 71 years old, is a former member of the American Indian Movement who was convicted of killing two FBI agents during a shootout on South Dakota’s Pine Ridge Indian Reservation in 1975.  He has long maintained his innocence.

"I think it's fair to say that if he doesn’t get commuted by President Obama, he’ll die in jail.  He’s a very sick man," Peltier’s attorney Martin Garbus told reporters on Wednesday.

With the news that the Obama administration has made it official that it will not grant clemency, Margaret Huang, executive director of Amnesty International USA said: “We are deeply saddened by the news that President Obama will not let Leonard go home.”

Personalities from around the world have been calling on Obama to release Leonard Peltier, including Pope Francis.  Garbus told reporters that the Pontiff sent the White House a last-minute appeal from Vatican City on Tuesday to plead for clemency in Peltier's case.

Last May, when a New York Daily News reporter visited him at the super-max prison, Peltier predicted that he would die in prison.

"I am prepared to die here.  I would prefer it be back at my home, but I'm realistic about my chances," he told the newspaper from the prison visiting room.  "I have my funeral all planned.  I want a full ceremonial burial, with drumming, everything.  Traditionally, it should be about three days."