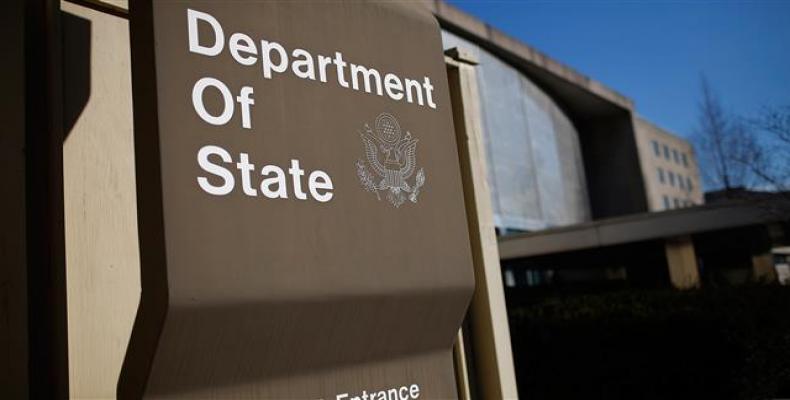 Washington, January 27 (RHC)-- The administration of U.S. President Donald Trump has told four top State Department officials that their services were no longer required as part of an effort to "clean house," according to two senior White House officials.

Patrick Kennedy, who served for nine years as the State Department's undersecretary for management, Joyce Anne Barr and Michele Bond, who both served as assistant secretary for administration and consular affairs, and Gentry Smith, director of the Office for Foreign Missions, were sent letters by the Trump administration that their service was no longer needed, the White House officials told CNN on Thursday.

All four career diplomats submitted letters of resignation to the White House.  In past administrations, many have remained in their posts when the White House changed hands.  All career diplomats running the State Department’s 13 divisions, called bureaus, had submitted pro forma resignations that were effective upon the end of the Obama administration, State Department spokesman Mark Toner said.

The State Department departures amounted to a "huge brain drain," a former senior Obama administration official said, adding that their collective experience would be difficult to recover.

Former ExxonMobil chairman Rex Tillerson, Trump's nominee for Secretary of State, has not been confirmed by the full Senate yet, leaving the agency in the hands of number three official Under Secretary of State for Political Affairs Thomas Shannon.