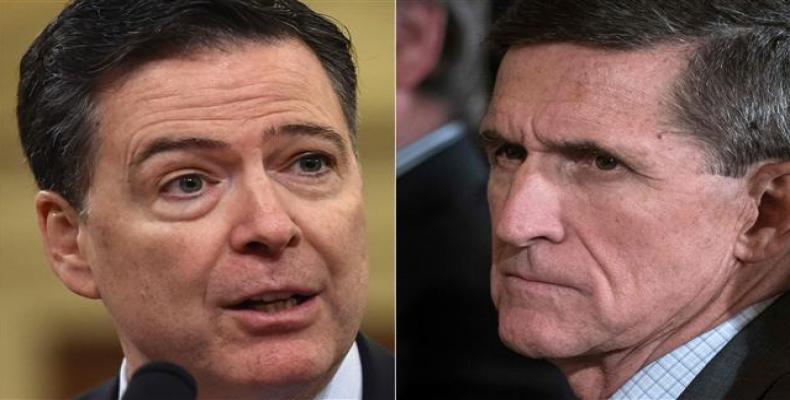 The New York Times made the revelation on Tuesday, reporting that Trump had urged Comey in a memo to drop the investigation a day after Flynn was forced out of the White House in mid-February over concerns about his contacts with Russian officials.

The paper said Comey's memo was part of a paper trail that he kept to document pressure by Trump over the FBI's Russia investigation.  "I hope you can see your way clear to letting this go, to letting Flynn go,” Trump told Comey, according to the memo. “He is a good guy. I hope you can let this go.”

“The president has the utmost respect for our law enforcement agencies, and all investigations. This is not a truthful or accurate portrayal of the conversation between the president and Mr. Comey,” the statement added.

Trump dismissed Comey last week citing his handling of the FBI investigation into Hillary Clinton's use of a private email server while at the State Department.

The dismissal sent shockwaves through Washington, with critics accusing Trump of trying to thwart the FBI investigation into Russia's alleged interference in the U.S. presidential election and his possible collusion with the Kremlin.