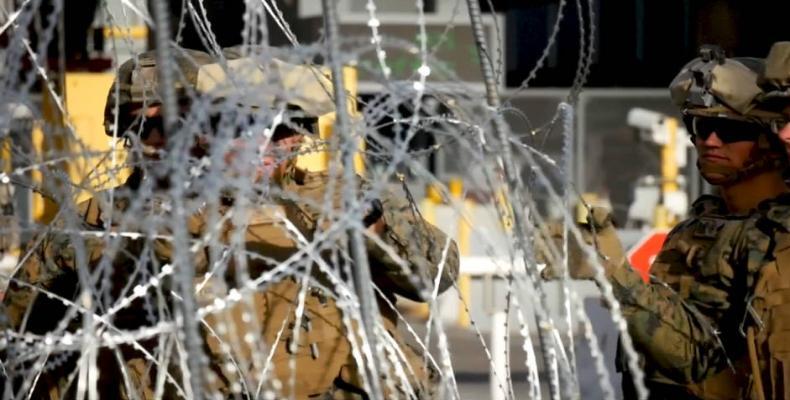 Shanahan said the troops will mainly be used to install additional wire barriers and provide a large new system of mobile surveillance and monitoring of the border area.  The Department of Homeland Security has asked for additional help putting up fencing and with "expanded surveillance," the Pentagon chief said.

The U.S. Defense Department estimates that the total number of forces deployed to the border over the coming months will exceed 4,000.  The controversial border mission was supposed to wrap up January 31st, but has now been extended through September.

Shanahan’s comments came as members of the House of Representatives Armed Services Committee grilled top military officials about the border mission, demanding details on its impact on military readiness and whether needed training and other jobs were not being done as a result.  Lawmakers said they’ve been told that troops remained at the border after they had finished their missions and had nothing to do, and that many were spending time playing sports or watching videos.

U.S. President Donald Trump first ordered a troop deployment to the border in October to stop members of a Central American migrant caravan from illegally crossing into the United States.  The border troop deployment was one of several issues on which Trump and former defense secretary Jim Mattis disagreed before he quit in December after Trump's shock decision to pull troops from Syria.

Trump has made his hard-line stance on immigration an integral part of his presidency and has promised to build a wall along the U.S.-Mexican border to curb the flow of migrants from Mexico and Central America.

The partial government shutdown of 2018–2019, the longest in US history, occurred after Trump and Congress failed to agree on an appropriations bill to fund the operations of the federal government. Trump had demanded that the bill should include $5.7 billion for building a border wall.