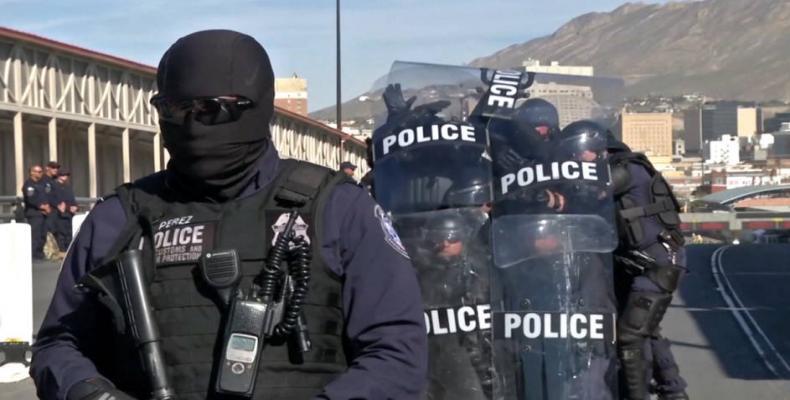 Washington, November 1 (RHC)-- U.S. President Donald has now said he may send as many as 15,000 troops to the U.S.-Mexico border, as he doubled down on threats to the Central American migrant caravan, which has become a major flash-point in the lead-up to the midterm elections.

The number would exceed that of U.S. forces in Afghanistan and is almost triple the number of troops in Iraq.  Earlier, White House Press Secretary Sarah Huckabee Sanders was asked if troops at the border would adhere to "posse comitatus," meaning armed forces cannot be used in a domestic police role, but Sanders refused to give a definitive answer.

All this comes as at least three new Central American caravans have formed and are making their way north toward the United States.  One of the caravans has arrived in southern Mexico after violent confrontations at the Mexico-Guatemala border over the weekend, where Mexican police killed one Honduran man.  A second caravan left El Salvador over the weekend, while a third has departed from Honduras and is now traversing Guatemala.  Human rights advocates say the mass caravans help migrants stay safe along the perilous migration route and avoid paying traffickers thousands of dollars.

Mexico’s Interior Minister Alfonso Navarrete told reporters: “We are going through an unprecedented situation in the country.  This is not a caravan like the media has reported. It’s an exodus of migrants.  That is how the government sees it, and it is responding as such.  There have been few migratory crises in the country such as what is happening now.  There was the ’80s with Guatemalans, which was under different conditions -- there was a war.  Here we are talking about a humanitarian crisis.”