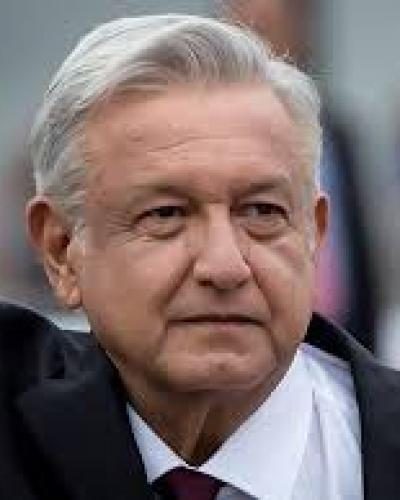 Mexico City, May 4 (RHC)-- Mexican President Andres Manuel Lopez Obrador (AMLO) is taking a progressive approach to the war on drugs, announcing his plans Friday to lift the federal ban on certain narcotics.

Despite the efforts of his presidential predecessors, Felipe Calderon and Peña Nieto, to control the booming drug trade by using military force and harsh penalties, drug industry-related violence and crime have increased while the trade itself continues to thrive.

çIn a 298-page document entitled the National Development Plan (PND) 2019-2024, the president explained the only way to curb the incessant levels of violence is to legalize some of the “prohibited” substances.

"The only real possibility of reducing the levels of drug consumption is to lift the ban on those that are currently illegal and reorient the resources currently designated to fighting their movement and apply them in rehabilitation and detoxification programs," the PND said.

The resources being spent to combat and regulate the transit of illegal substances would be employed elsewhere on large, “focused” programs.  The national plan does not specify which drugs would be legalized, but the president made it clear that a new strategy is imperative.

“The prohibitionist model inevitably criminalizes consumers and reduces their chances of social reintegration and rehabilitation.  The Mexican president said: "The alternative is for the state to renounce the pretense of combating addictions by prohibiting the substances that generate them and dedicate itself to keeping those who already suffer from them under control through clinical monitoring and the supply of prescription doses."