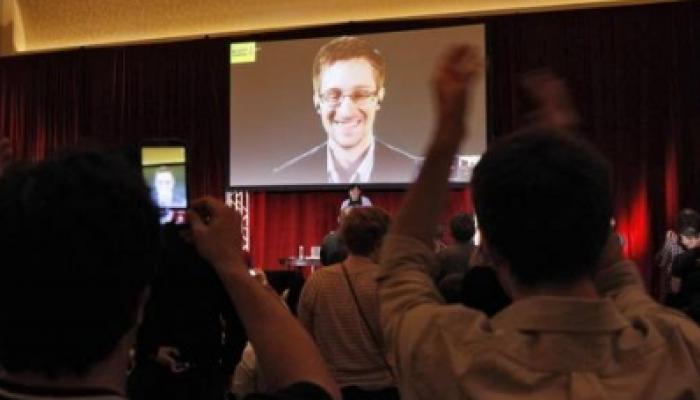 MOSCOW, April 8 (RHC-RIA Novosti), -- The global community must develop new norms of action to challenge mass surveillance, US intelligence whistleblower, Edward Snowden, said Tuesday before the Parliamentary Assembly of the Council of Europe's session in Strasbourg via a video-link from Moscow.

"No legal means exist to challenge mass surveillance," the whistleblower said, adding such intelligence gathering often has no logical use.
For example, the UK Government Communications Headquarters recorded webcam snapshots of UK citizens, which had no intelligence value and many of the images were personal, Snowden said.

The whistleblower added that he did not intend to damage the US government, but wanted to improve US policies.

The 30-year-old Snowden fled the United States last year after leaking troves of documents related to US surveillance programs to the media, and has been living in Russia since last summer after receiving temporary asylum.

Russia has repeatedly denied US requests to extradite Snowden to the United States, where he faces charges of espionage and theft of government property. US authorities have rejected claims that Snowden is a whistleblower, insisting that he committed crimes and should stand trial at home.

The Snowden files revealed that the US National Security Agency systematically tapped phone calls and read millions of emails of ordinary citizens and high-ranking officials around the world.