More than 3,000 clandestine graves found in Mexico since 2006 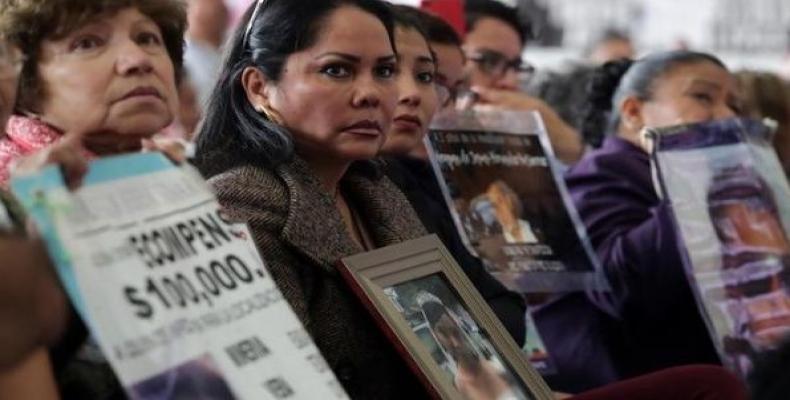 Those figures are much higher than an estimate made in September of last year by the Mexico's National Human Rights Commission (CNDH) which said that around 1,300 clandestine graves containing nearly 4,000 bodies had been discovered between January 1, 2007 and August 30, 2018.

"The search for missing persons is the priority of this administration and the guiding principal of searching (with presumption of) life is paramount. And if (people are not found alive), we need to go back and work with ... families in a dignified manner," said Alejandro Encinas that leader of the Subsecretary of Human Rights, Migration and Population during AMLO's morning press conference at the National Palace.

Although "enforced disappearances" usually refers to disappearances caused by state forces, Encinas highlighted that most disappearances are tied to organized crime, while "others" are linked to authorities at the local levels.

"The search for people is the responsibility of the state," Encinas said, adding that previous administrations had sought to "hide or minimize this phenomenon."

For her part, the head of Mexico's recently created National Search Commission, Karla Quintana, said in a press conference that the painful issue of disappearances is "not just about numbers. It's about thousands of people who are looking for their family members."

"The number is dynamic," she said in reference to the figure of 3,024 clandestine graves. "We're reviewing it and have to corroborate it not only with institutions but with family members," Quintana said.

The director of the new commission said the numbers were compiled through the efforts of civil society organizations, academia and other institutions.  Between December 1, 2018, when Lopez Obrador took office and August 14, 2019, a total of 522 clandestine graves with 671 bodies were located in the states of Colima, Veracruz and Chihuahua alone.

But Quintana noted that authorities "not only find bodies but also bone remains that are not necessarily included in the reports."  She said 200 of those 671 bodies have been fully identified and 116 have been turned over to relatives, while at the request of the families a special forensic mechanism will be launched under the observation of national and international organizations.

Forensic cemeteries and regional identification centers will also be established under her watch.  The tragedy of the disappeared "is the legacy of a wrong and failed policy to confront the violence in the country," the president said May 14, referring to the strategy of militarizing the struggle against powerful drug gangs that then-President Felipe Calderon launched in December 2006.