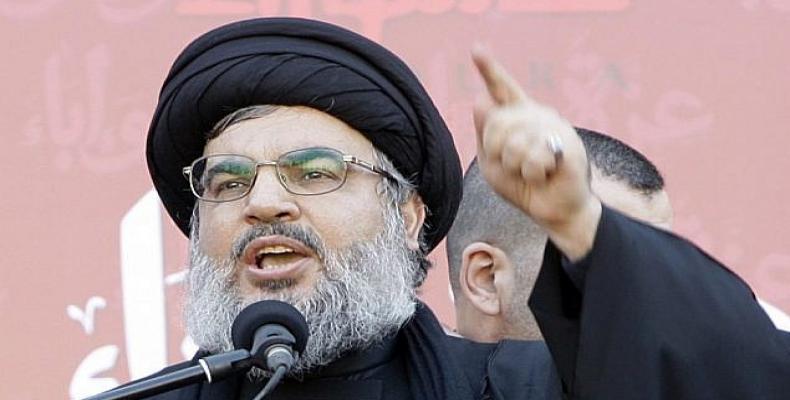 Beirut, September 3 (RHC)-- The leader of the Lebanese Hezbollah movement has warned Israel against any future attacks on Lebanon saying that in case of such attack all Israeli forces will be at risk.

Sayyed Hassan Nasrallah made the remarks in a televised speech on Monday, saying that Sunday’s operation by Hezbollah fighters in which an armored Israeli vehicle was hit, was meant to send the message to Israel that “if you attack, then all your border and forces will be at risk.”

Hezbollah’s Sunday attack came in response to an Israeli air raid last week that killed two of its fighters in Syria, as well as an Israeli drone attack on southern Beirut, which saw the deployed aircraft crashing into the movement’s media offices.

According to the Lebanese resistance movement, the missiles launched from Lebanon destroyed an armored personnel carrier in Avivim, killing or wounding those inside it. The Israeli military, however, alleged the attack did not lead to any casualties while adding that it had fired 100 shells into Lebanon in return.

“We thank god [for this victory],” he said, and also expressed gratitude towards the group’s fighters and commanders, who spent eight consecutive days carrying out the operation.

Nasrallah added that the through the latest operation against the Israeli forces, the resistance group broke the "biggest red line" by targeting forces across the border and inside the occupied territories.

Further explaining the difference between the Sunday response and Hezbollah’s previous countermeasures against Israel, Nasrallah said the movement would previously only target Israelis inside the Shebaa Farms, which the regime has occupied from Lebanon since 1948.

The movement resorted to the reaction as it “does not want to squander the triumph it achieved [against Israel] during the 33-Day War,” Nasrallah said. He was pointing to a wholesale war the regime launched against Lebanon in 2006, after which it was forced to withdraw under pressure from Hezbollah’s surprising defensive maneuverability.

“[From now on,] mark September 1, 2019 (the date of the retaliation) as it coincides with the onset of a new stage in [our] support for Lebanon’s borders,” Nasrallah told Tel Aviv.

As a result of Hezbollah’s response, Israel has taken all of its forces and military vehicles away from Lebanon’s border, and stopped patrolling near the frontier. “The Zionists have deserted our frontlines, meaning they have beaten a retreat,” he said.

Earlier on Monday, the Arabic-language al-Manar satellite television station affiliated with the Lebanese Hezbollah resistance movement aired new footage of a recent attack on Israeli positions in the occupied territories.

The footage showed Hezbollah fighters firing two missiles at the Israeli military vehicle, sending it up in flames and apparently fully destroying it.   Nasrallah underlined that the operation came despite ongoing Tel Aviv threats, asserting that the warnings scare neither the movement, nor the Lebanese authorities.

“Israelis should know this that what happened was a result of [Israeli Prime Minister Benjamin] Netanyahu’s folly,” Nasrallah stated.

Observers say the Israeli drone incursions into Lebanon, which coincided with the regime’s similar acts of aggression against Iraq and Syria, were a stunt ordered by Netanyahu to provoke retaliation from the targeted countries, thus upping the Israeli premier’s chances of victory in the upcoming elections by portraying Israel in a vulnerable light.

The Hezbollah chief also repeated his earlier warning that the group would be targeting Israeli drones potentially transgressing into the country’s airspace.

The retaliatory strike also served to avenge Hezbollah on the death of two of its members at the hands of Israel in Syria, where the group carries out counterterrorism operations at Damascus’ request, Nasrallah concluded.