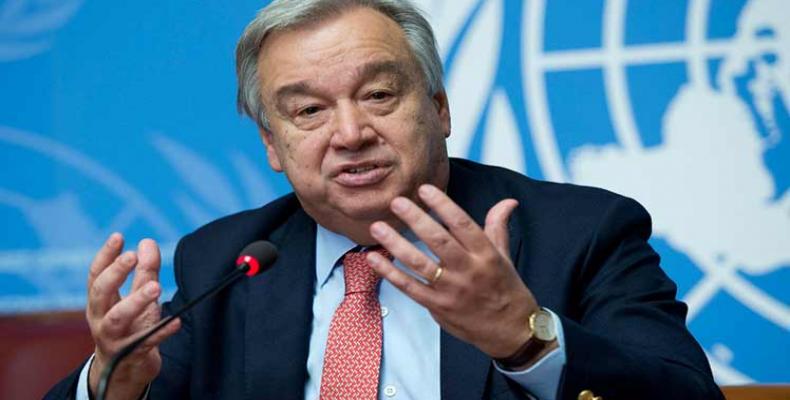 United Nations, September 26 (RHC)-- In his annual “State of the World Address” to the General Assembly's 193 state members, U.N. Secretary-General Antonio Guterres warned about the devastating consequences the conflict between China and the United States could mean for the world.

“We must do everything possible to avert the great fracture and maintain a universal system, a universal economy with universal respect for international law; a multipolar world with strong multilateral institutions,” said Guterres.  He also expressed concern over the escalation of conflicts in the Middle East, with Washington's latest move to send military troops to its ally, Saudi Arabia, against Iran.

“Above all, we are facing the alarming possibility of armed conflict in the Gulf, the consequences of which the world cannot afford,” he said. “In a context where a minor miscalculation can lead to a major confrontation, we must do everything possible to push for reason and restraint.”  The UN chief also warned against “outside interference” that automatically delayed any peace process, mentioning the example of Yemen, Libya, Afghanistan among others.

Guterres told world leaders “what once was called ‘climate change’ is now truly a ‘climate crisis’ and what was once called ‘global warming’ has more accurately become ‘global heating’.”

But Guterres said: "We are living in a world of disquiet."  "A great many people fear getting trampled, thwarted, left behind.  Machines take their jobs. Traffickers take their dignity.  Demagogues take their rights.  Warlords take their lives.  Fossil fuels take their future," he said.